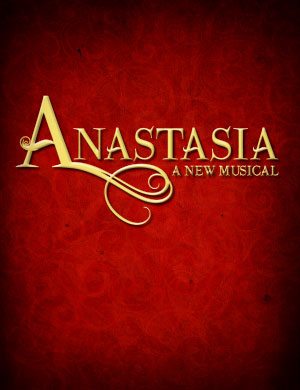 THIS EVENT IS SOLD OUT

We have the chance to see a Broadway-bound new musical in Hartford. The Museum has reserved a block of seats on the main floor of the theatre for a matinee performance on Wednesday, May 25, 2016, of the world premiere of a new musical, ANASTASIA, the story of the story of the youngest daughter of the last emperor of Russia.

Anastasia is the romantic and rousing story of one brave young woman attempting to discover the mystery of her past while finding a place for herself in the rapidly changing world of a new century. With a rich and sweeping musical score that evokes the opulence of Russian aristocracy and the energy of Paris street life, Anastasia is the ultimate journey of a woman caught between the pull of the past and the promise of the future.

This new musical is “inspired” by the 1956 film starring Ingrid Bergman, Helen Hayes, and Yul Brynner as well as the 1997 animated film. The musical will feature six songs from the 1997 version, including Oscar-nominated Journey to the Past, alongside new material from lyricist Lynn Ahrens and composer Stephen Flaherty. The new musical features a book by Terrence McNally who reunites with the songwriters after collaborating on shows including Ragtime and A Man of No Importance. Rising star Darko Tresniak will direct.

Although months away, we can secure our very special seats by booking today. The cost for transportation from the Museum to Hartford, gratuities, and the theatre ticket is $100 per person ($85 for members).