Unlike the other artists in The Fox Chase, Henry C. White is not shown running but rather driving his 1903 Knox air-cooled automobile.

White’s car was one of the first in Old Lyme. He would drive it down from Hartford, where he lived until 1914, before moving to the seaside at Pleasant Beach in Waterford. He first visited Old Lyme in the spring of 1903 and stayed in the boardinghouse with his family. Later, he rented another building called “The Brickstore” just up the road.

Quite different from the artists who came for the summer, White preferred the transitional seasons of spring and fall, complaining that the summer foliage was like “too much spinach!” So he planned his travels to the shore in such a way as to extend the length of the season by moving from Hartford, to Old Lyme, to Waterford, in succession. 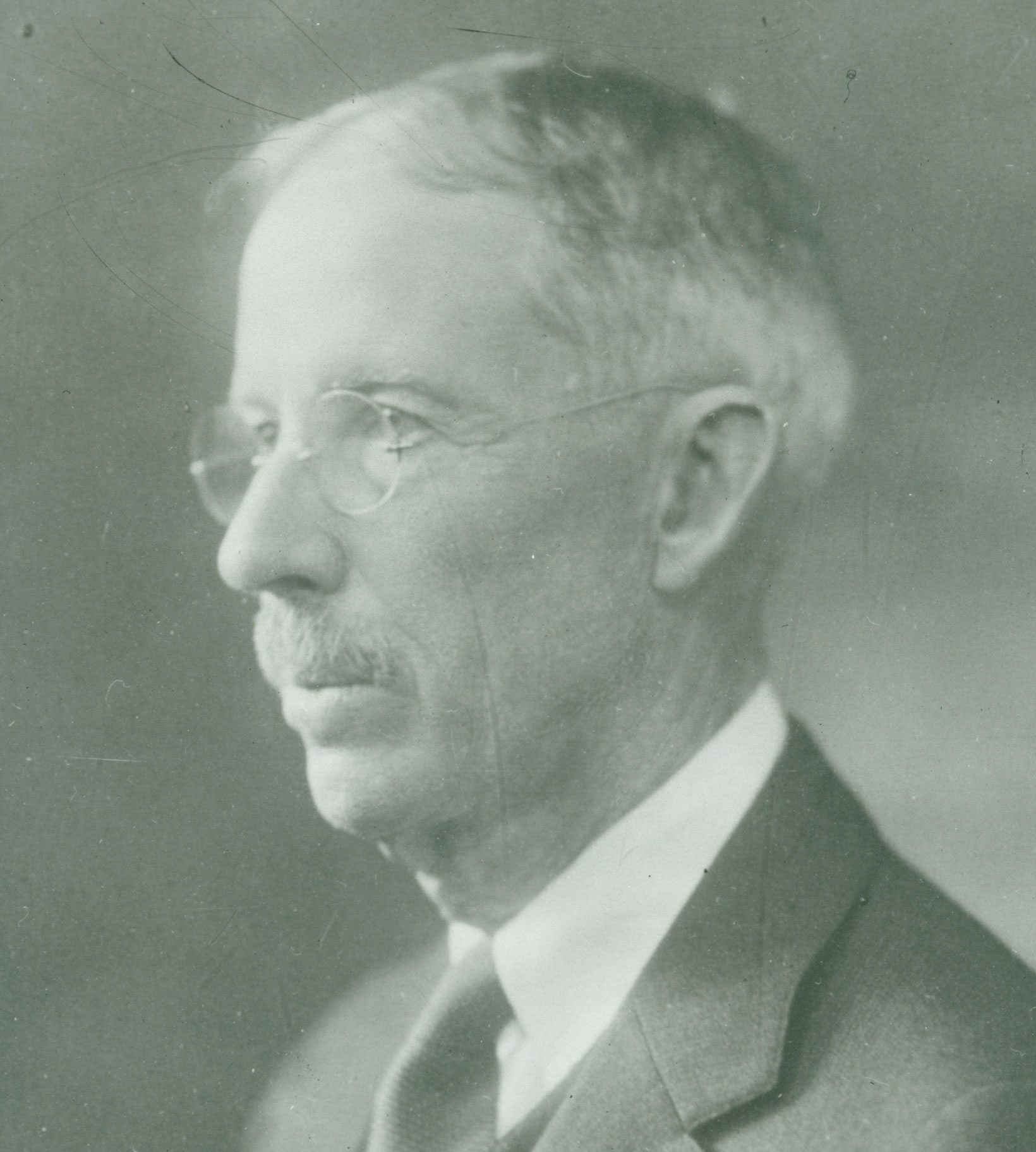 The son of a Hartford Judge, Henry White began his art career when only a teenager taking private lessons with the landscape artist Dwight Tryon.

In the mid-1880s, he enrolled in the Art Students League in New York, to continue his studies with Tryon and other professional artists such as Kenyon Cox and George de Forest Brush. Afterward, he married and became the drawing teacher at Hartford High School.

During the late 1890s, he traveled through Europe and upon his return to the United States taught for a short time at the Art Society of Hartford. Although he formed great friendships with many of the Old Lyme artists, he only returned to the village through 1907, choosing to spend his time in Waterford. In 1910 he helped to establish the Connecticut Academy of Fine Arts in Hartford. Connecticut landscapes and seascapes were his primary subject matter during the 60 years he worked as an artist. Although he would sketch outdoors in pencil and pastels, his paintings were finished in the studio. According to his artist son Nelson C. (who would visit the boardinghouse as a child), his father “could put into a few square inches of paper an extraordinary amount of the essential spirit of the scene before him.”

When composing a painting, “it was the fleeting, evanescent effects that really moved and inspired him.” Despite this connection to the artistic motivations of Impressionism, he never considered himself a follower of the movement, and his paintings are more in keeping with the earlier tonalists. Both Henry and his son Nelson (although not technically a member of the Lyme Art Colony) contributed painted panels to the dining room, which were installed in 1954.