The story of the Lyme Art Colony began in 1899, when the New York artist Henry Ward Ranger stopped by the Griswold boardinghouse to meet Florence Griswold.

Ranger was searching for a suitable location to establish an American art colony, fashioned after his favorite painting haunts in Europe. Artist friends encouraged him to investigate the quiet town of Old Lyme, Connecticut. Immediately smitten, Ranger soon wrote to his New York dealer: “I want to drive you around & see a little bit of this beautiful country, where pictures are made – your station is Lyme.” 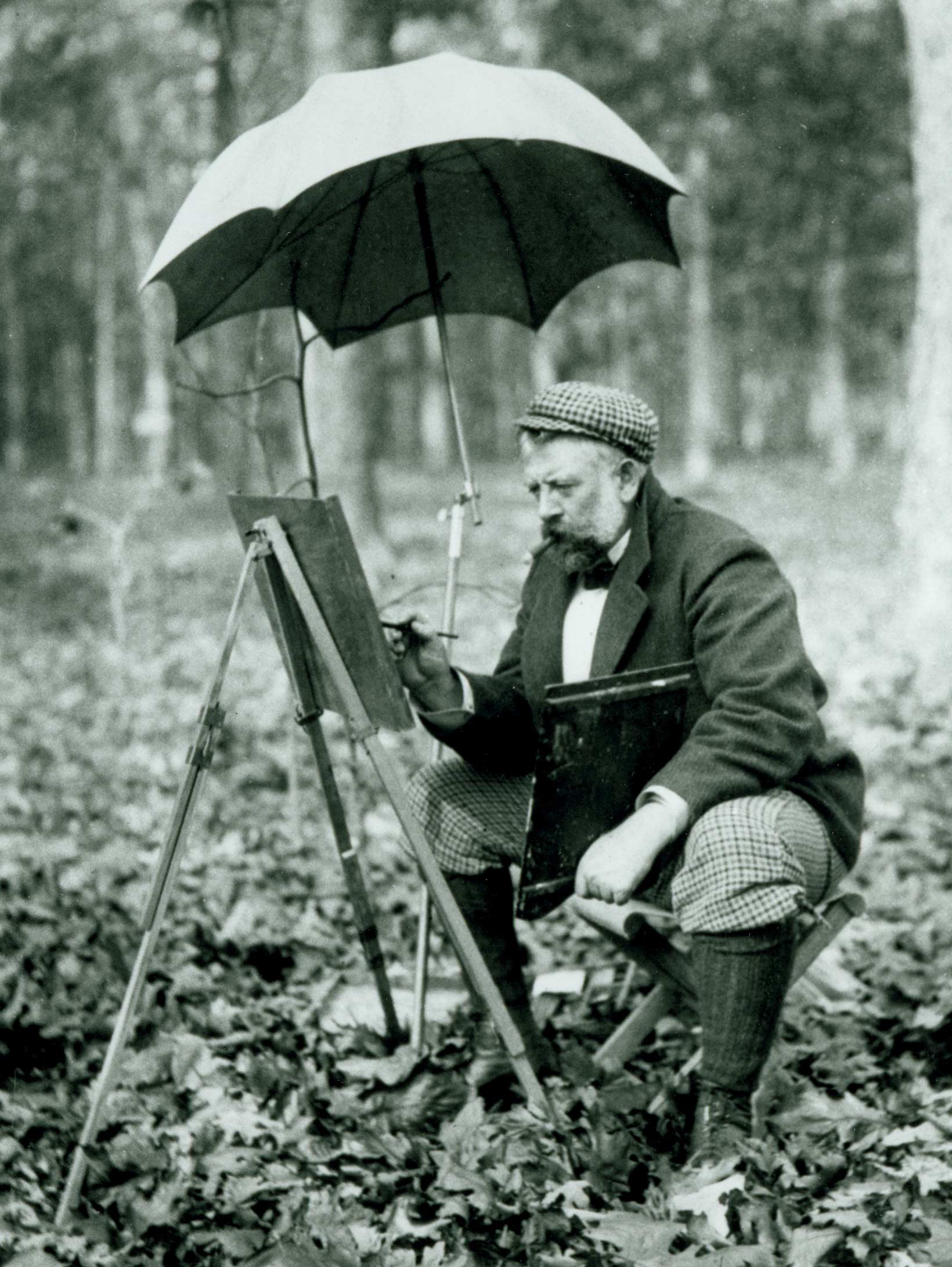 As promised, Ranger returned the following summer, bringing other artists with him. That first summer included Lewis Cohen, Alphonse Jongers, Henry Rankin Poore, Louis Paul Dessar and William Howe, the true pioneers of the Lyme Art Colony. Like-minded, these artists were called Tonalists because of their use of limited colors (often browns and greens) and delicate modulations of light to create effects of mood. Later, these artists would be teased for their dark and moody paintings and nicknamed both “the baked apple” and “brown gravy” schools of painting. 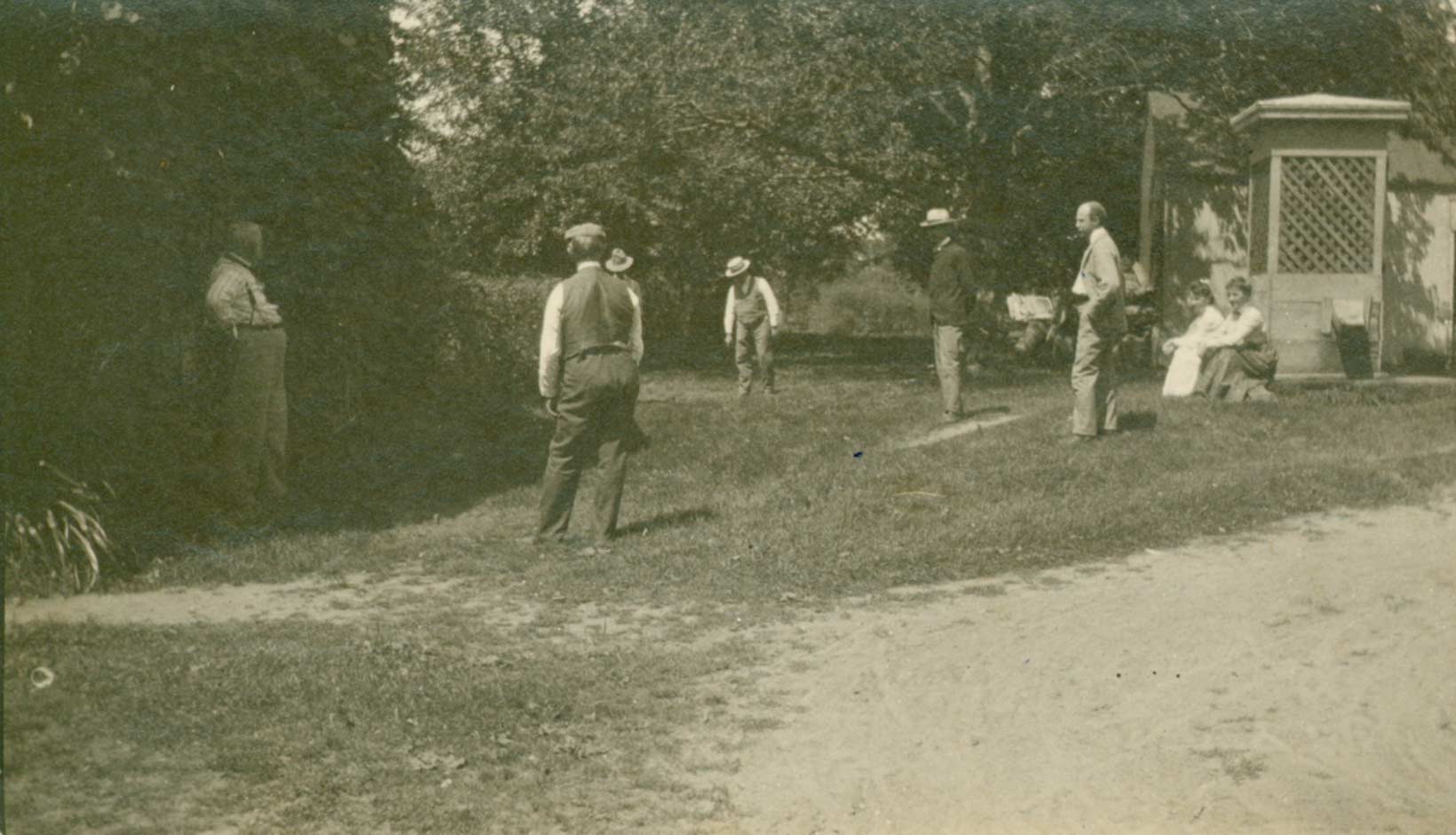 Ranger was an imposing figure with a husky frame and a scruffy bearded face, most often enshrined in a cloud of smoke issuing from the ever-present cigar or cigarette clasped between his lips. He would freely dispense his opinions on everything from painting to ping-pong (he brought his own table). He enjoyed pitching horseshoes behind the Griswold boardinghouse as well as playing the organ at night in the parlor. 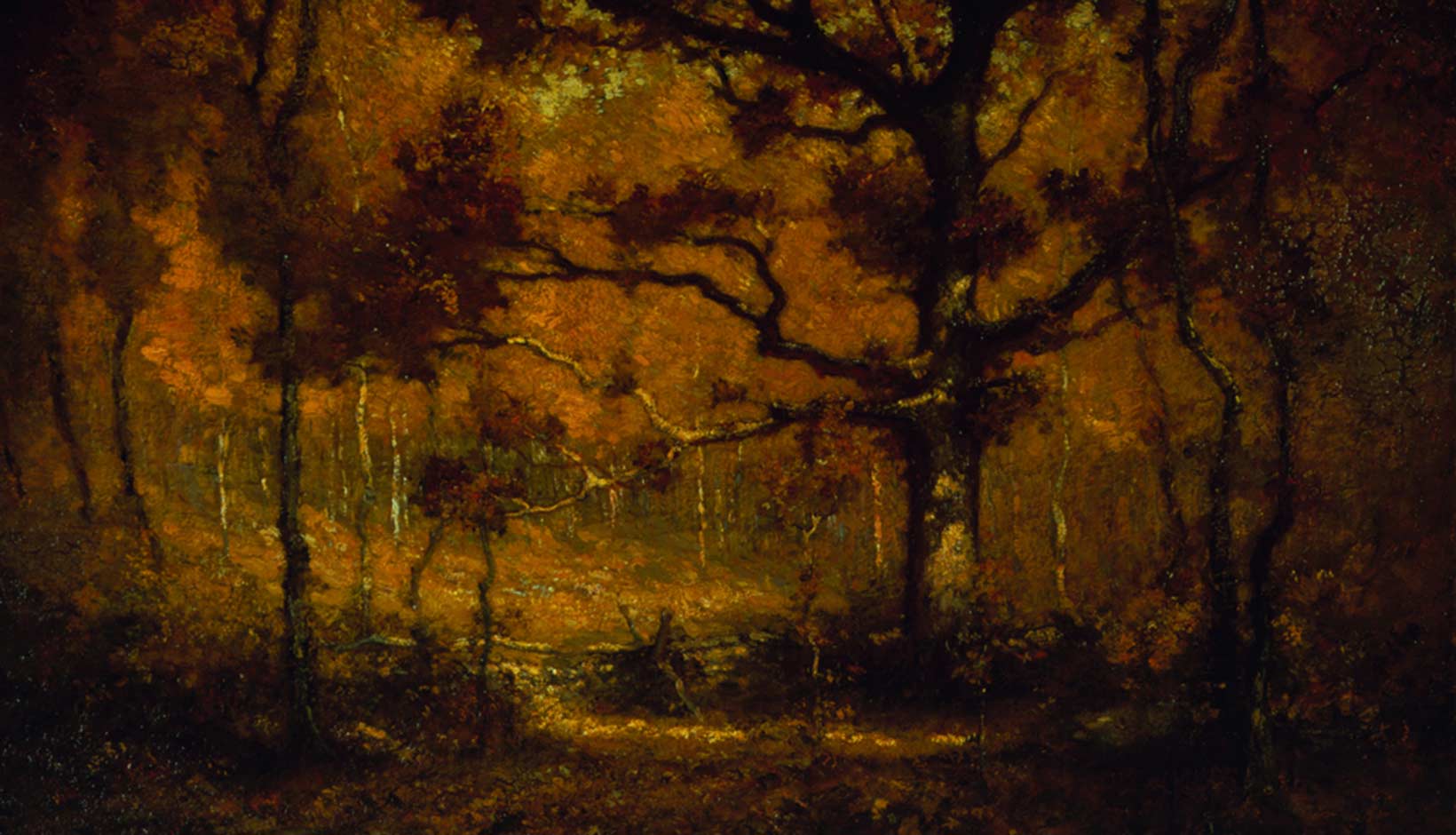 Although credited with founding the art colony and successfully attracting a bevy of artistic talent out to the country, his leadership was questioned by the arrival of Childe Hassam in 1903. Hassam brought with him younger artists and the intrigue of the new painting style known as Impressionism. These bright paintings offended Ranger who, after another year at the colony, moved eastward along the coast to settle in the seaside village of Noank, close to his beloved Mason’s Island, with its towering ancient oaks. He continued to be friendly with the Old Lyme artists, especially in New York, but his time at Miss Florence’s ended after only five years under her roof.