Cats have long played an important role in the history of the Griswold boardinghouse. Although the cats were most surely useful in controlling the mice that would naturally be a part of a rural homestead, they often outnumbered the guests.

The artist Arthur Heming remembered that “several cats and dogs slept soundly and breathed heavily among the chaos” upon his first visit to the house. According to several accounts, the cat population was at times in the dozens. 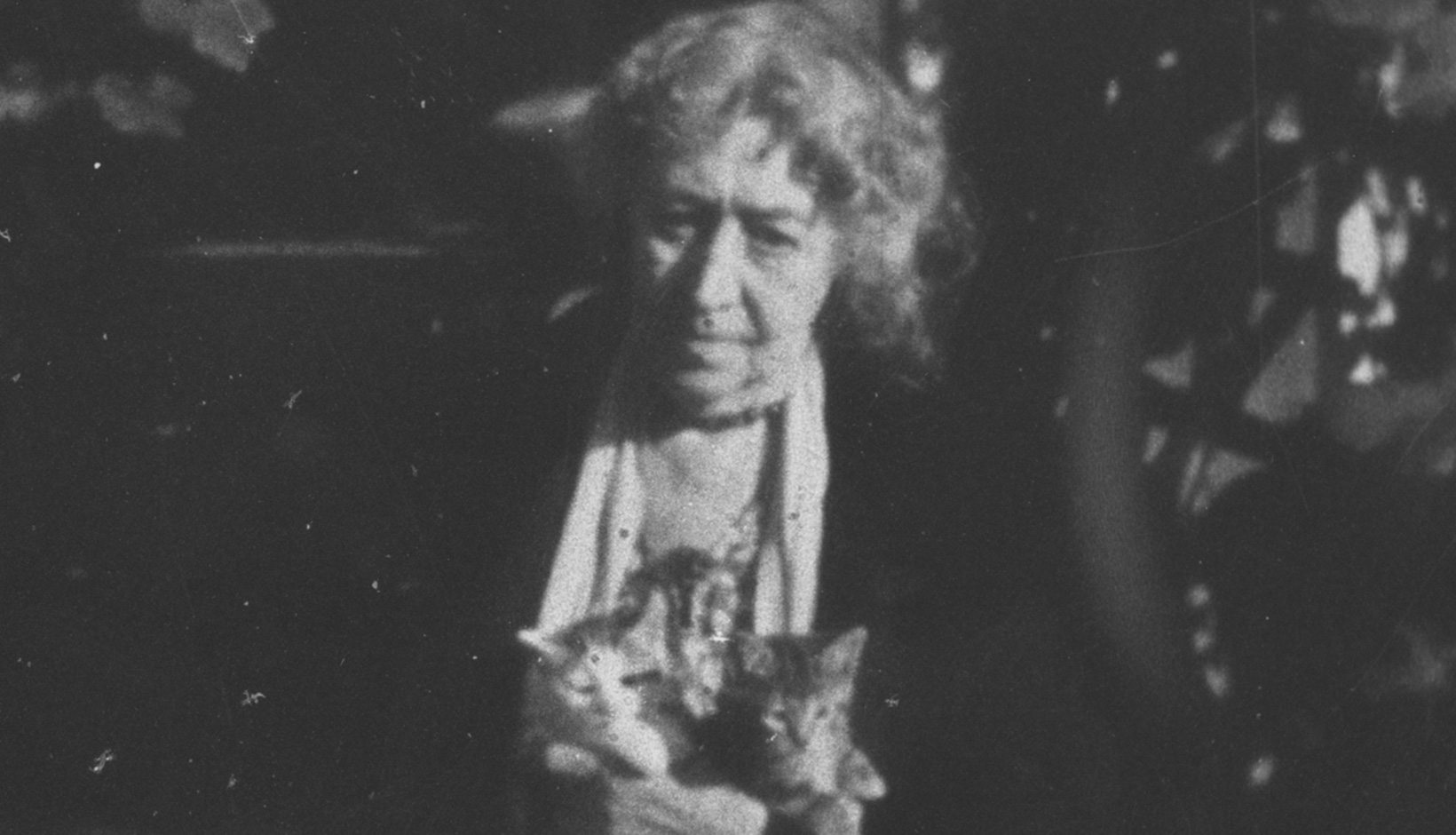 The artists tolerated them only to a point, controlling them with squirts of ice-cold water.

Part of the renovations of 1910 orchestrated by the artists secretly included reducing the cat population, or as Heming writes: “There’ll be a lot less [cats] when Miss Florence comes home.” The artists did allow two of Miss Florence’s favorite cats to remain, Toto and Padjkins, and placed a brass cat door knocker on her bedroom door in memory of all the others.

How the artists rid the house of excess cats is mysterious and most likely unpleasant,

but many cats found good homes over the years thanks to Miss Florence’s constant promotion. Indeed, one lucky cat found its way all the way to the White House after being adopted by Woodrow Wilson’s eldest daughter Margaret. She named the kitten Mittens. Likewise, the painter Willard Metcalf, a fan of dogs in his teens, adopted several cats from Miss Florence naming them Pete and Buster and referring to them as “the children” in his letters to her. He reported that the kittens have “now grown very big, the latter is quite as large and hairy as his father. They get along splendidly together – but do nothing but eat & sleep.”