Beneath the image of the large rock is an earlier painting of a dog named Weeksie, the beloved pet of artist William Henry Howe. 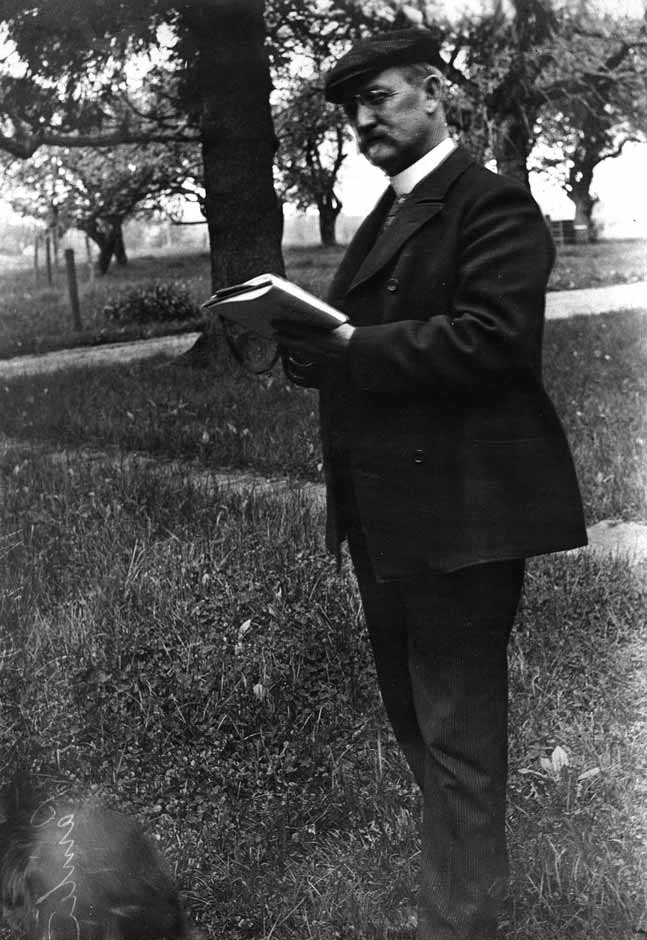 Poore portrayed the dog sleeping on the grass near Childe Hassam rather than running with the pack of dogs in mad pursuit of the fox.

After the dog died, Howe insisted that Poore paint out the dog, because he said it “spoiled his supper to look at it.” Poore decided to alter the form of the sleeping dog into a boulder, a logical choice since the hills of Lyme are strewn with rocks and boulders scattered during the last ice age. Many of these were fashioned into the miles of stone walls that crisscrossed the New England countryside whereas others were too big to move. Both the walls and the massive outcroppings were choice subject matter for many of the Lyme artists. Today, a ghost image of the dog can be seen through the paint layers.