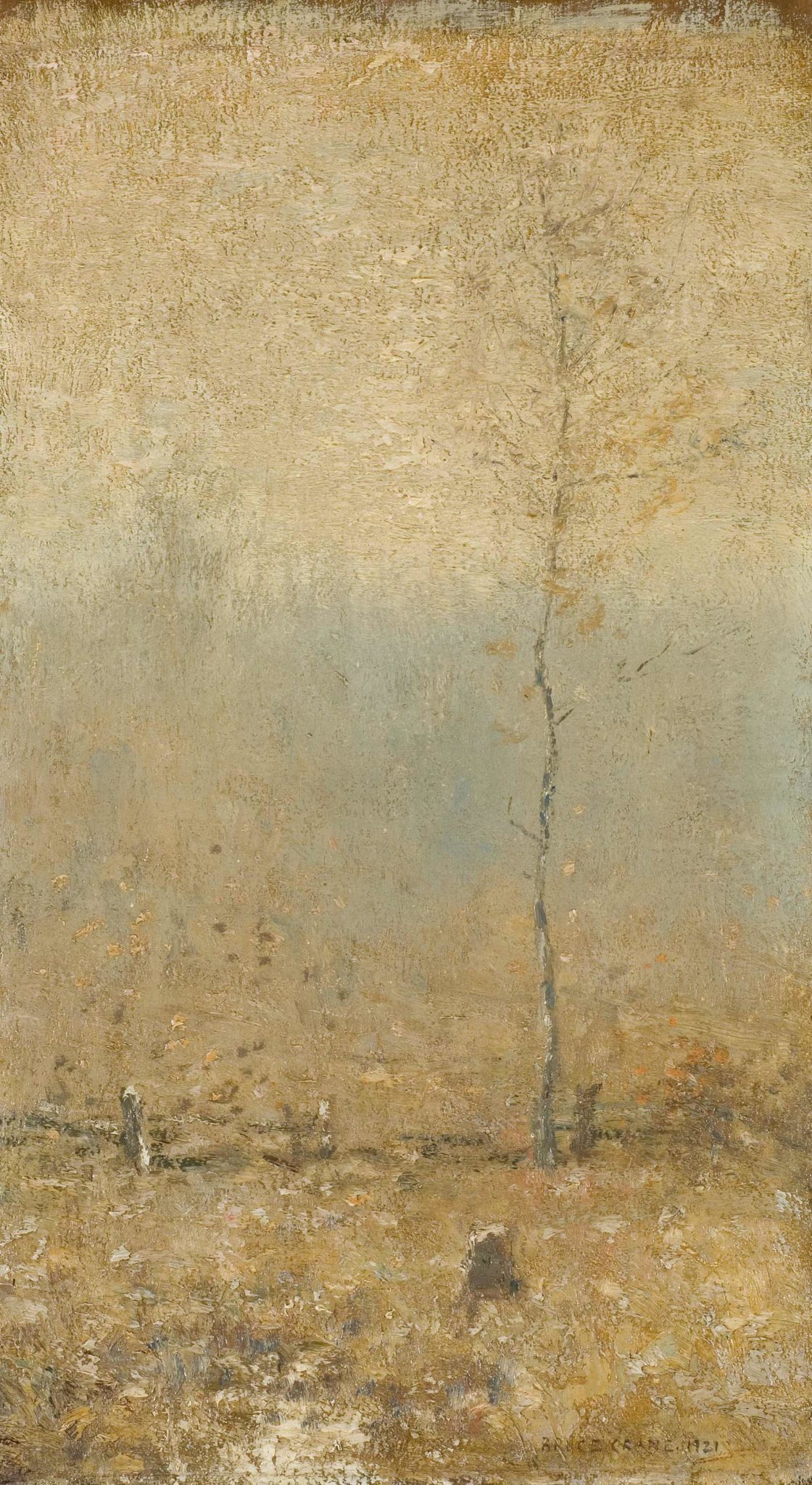 When Bruce Crane painted this panel in 1921, he was creating landscape images so spare and with such subtle gradations of tone that looking at them can seem like peering into a fog. Several of his easel paintings depict a field like this one, always in late fall or winter, with a rock or a stump in the foreground, a hint of woodlands behind an old stone wall or wooden fence stretching from side to side with some tall, and very slender trees rising from the fence line. Crane’s panel, however, reduces his usual spare poetry into its quintessence. Here a single tree is all that he needs to make his point. Contemplate this image, follow its spidery lines, consider its dots, enjoy its rhythms, explore its space, and savor its soft colors. The artist insists you take more than a quick look. Impossible to imagine without seeing the panel itself is the thick, chalky surface that Crane has encrusted this image with. Texture is an important element in this frosty scene. Even in an on-line reproduction, however, the panel has much to say. It invites contemplation and suggests the possibility of enlightenment. Crane is often referred to as a Tonal Impressionist, a perfect combination of the two dominant art styles at the Lyme Art Colony.

Crane came to Old Lyme in about 1902. Even though he summered there for years he seems to have had his most active period at the colony after 1920, when for more than a decade he came to town often to make pencil or oil sketches of the surrounding woods, meadows, and hills. After painting a number of bright, sparkling landscapes of pastures and barnyards on Long Island, he had become a Tonalist painter in the 1880s under the influence of Jean Charles Cazin at Grez-sur-Loing. Crane’s mature works were nearly always fall and winter scenes. He usually painted in his studio in Bronxville, New York, where like many of the Tonalist he relied mostly on memories of his outdoor sketching experiences.