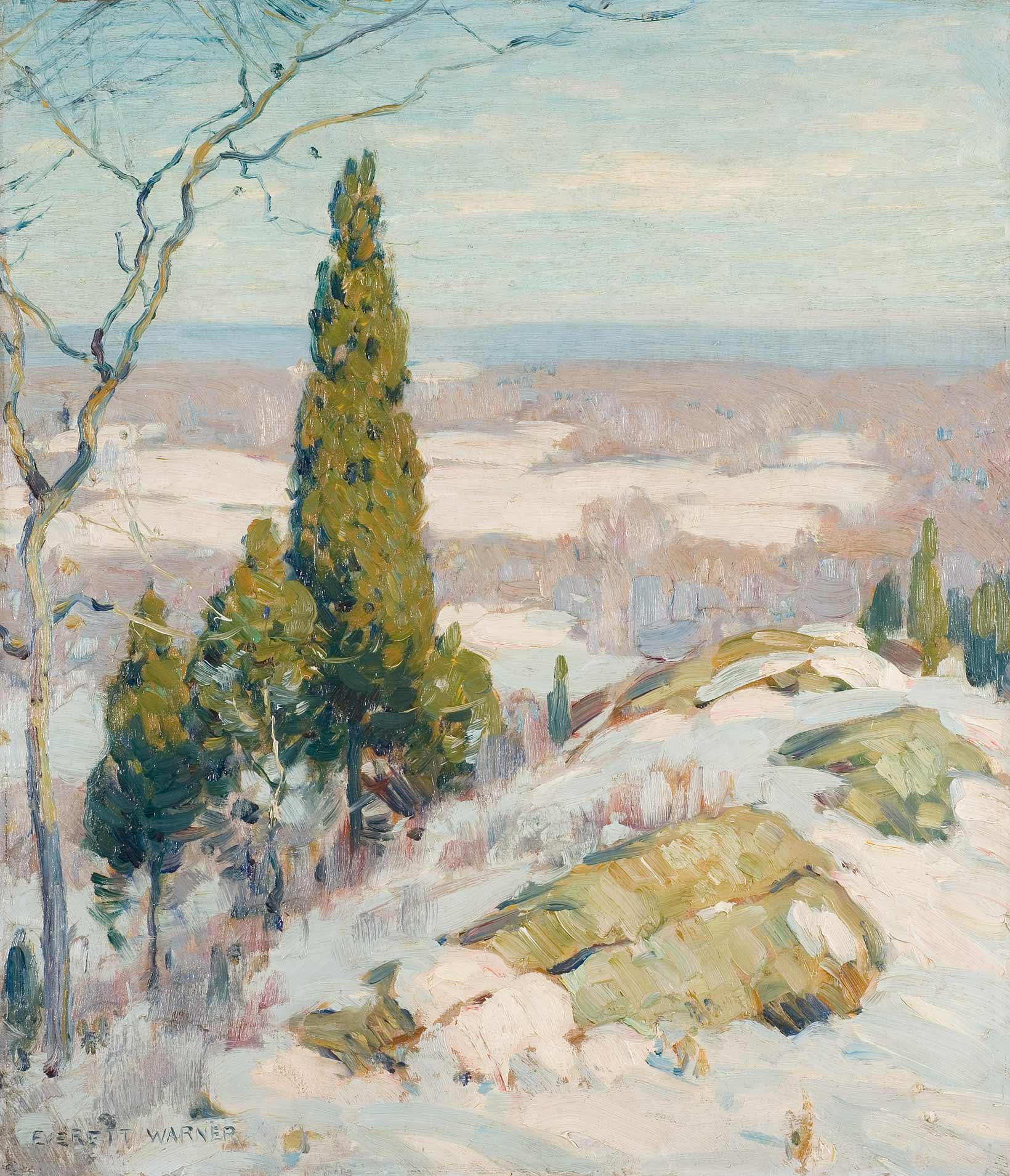 After a brief visit in 1909, Everett Warner spent much of 1910 at the Griswold House. He returned to Old Lyme on and off for the next 25 years, finding there an atmosphere that fueled the intense focus he always brought to his work. Old friend and fellow art colonist Harry Hoffman recalled that Warner painted this panel around 1914.

Snow subjects would be his specialty for the rest of his career. The scene resembles several of Warner’s easel paintings, such as Snow Covered Hills (c. 1912) also in the collection of the Florence Griswold Museum. A few evergreens and a bare tree on a snowy hillside, a landscape in the distance, and blue sky are hallmarks of these works. They were featured in numerous solo and group exhibitions between 1912 and 1915, along with other signature Old Lyme subjects that Warner painted and etched, such as the Congregational Church, Bow Bridge, and the Griswold House.

A boulder in the foreground vies for attention with the imposing trio of evergreens beyond. A leafless tree swoops the eye to the top of the painting. One looks down to the landscape in the distance from the promontory, then up to the horizon – a sense of distance achieved without traditional linear perspective. Patches of white and pastel colors pull the eye up and down and from side to side (Note the colored shadows, common to Impressionism).

The picture is a careful balancing act of form, color, texture, spatial relationships, and line. This first of several phases in Warner’s career was followed by a series of New York cityscapes and river views, as well as by Pittsburgh industrial scenes, experiments in camouflage during World War I, and finally by aerial views thought to be the first paintings ever done in flight.