Allen Talcott had been partial to French Impressionism and had spent time in the late 1890s at Cos Cob, Connecticut, where John Henry Twachtman, Childe Hassam, and others were pioneering its American form. At Old Lyme in the early 1900s, however, Talcott retained only some aspects of Impressionism and incorporated them into a Tonalist mode.

The asymmetry of the composition on this door and the texture of the brushwork can be attributed to the influence of Impressionism. Moreover, the verve of the tree as it “reaches” toward the marshland is impressionistic. The humble rural subject matter, on the other hand, though frequently seen in American Impressionism, has its origin in Barbizon art, which developed in the 1830s in the French village of that name. 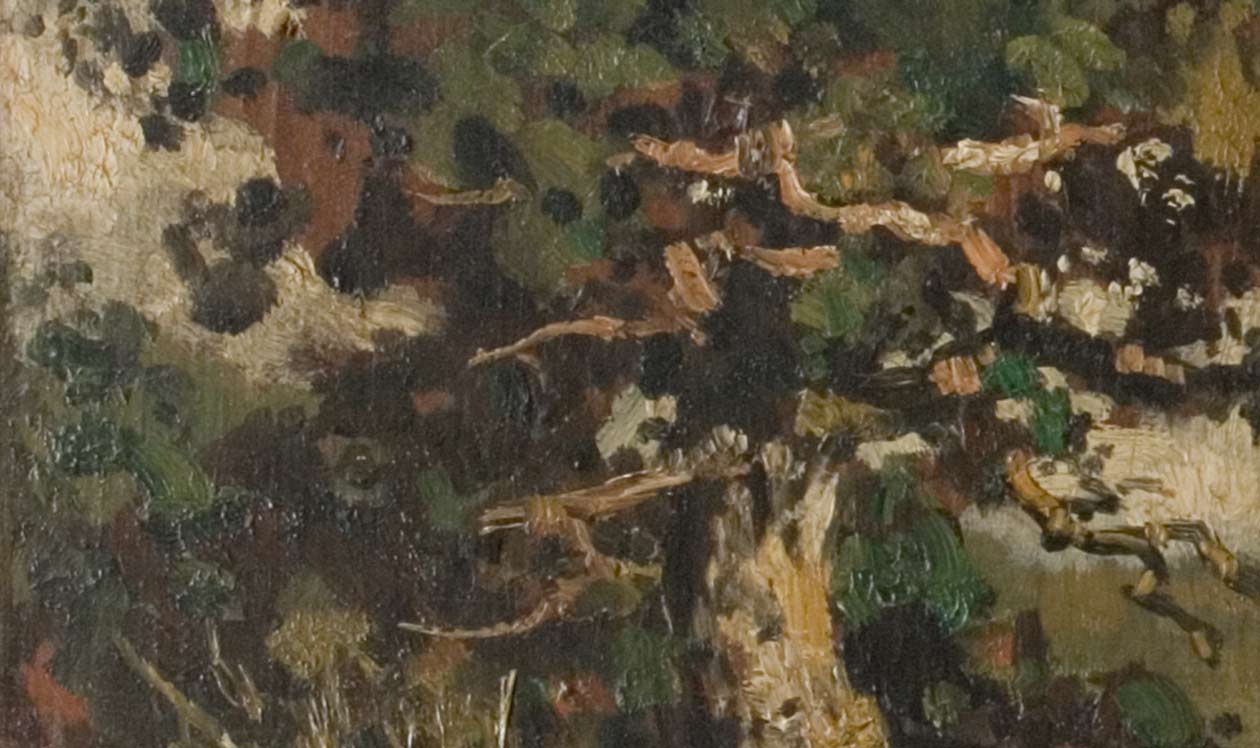 Artists there began painting the landscape in ways that prompted contemplation. Their “quiet” art was smoothly painted in a limited palette of dark tones, and it often roused feelings of sadness or nostalgia. American artists of the late 19th century loved this art, and Henry Ward Ranger and like-minded fellows at Old Lyme developed a form known as Tonalism, which used only a few colors in muted tones. 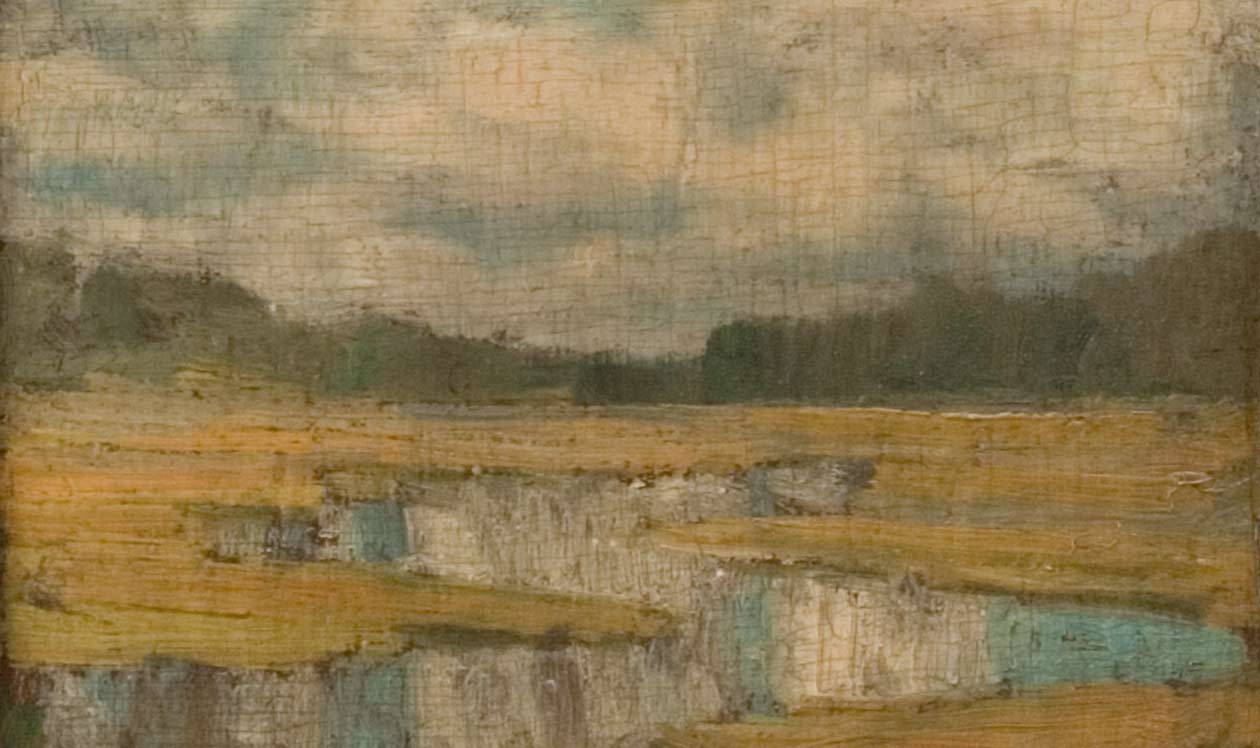 Talcott’s colors are lighter than Ranger’s but are more subdued than that of the Impressionists at Old Lyme. His paintings can be as poetic and thought-provoking as Barbizon art but also, as this panel suggests, celebrate the pleasant aspects of nature in New England. Talcott had often portrayed trees in early sketchbooks and in paintings he had done while studying in France. He loved the trees and the landscape at Old Lyme and settled into a home there, where, sadly, he died in 1908, at the early age of 41.