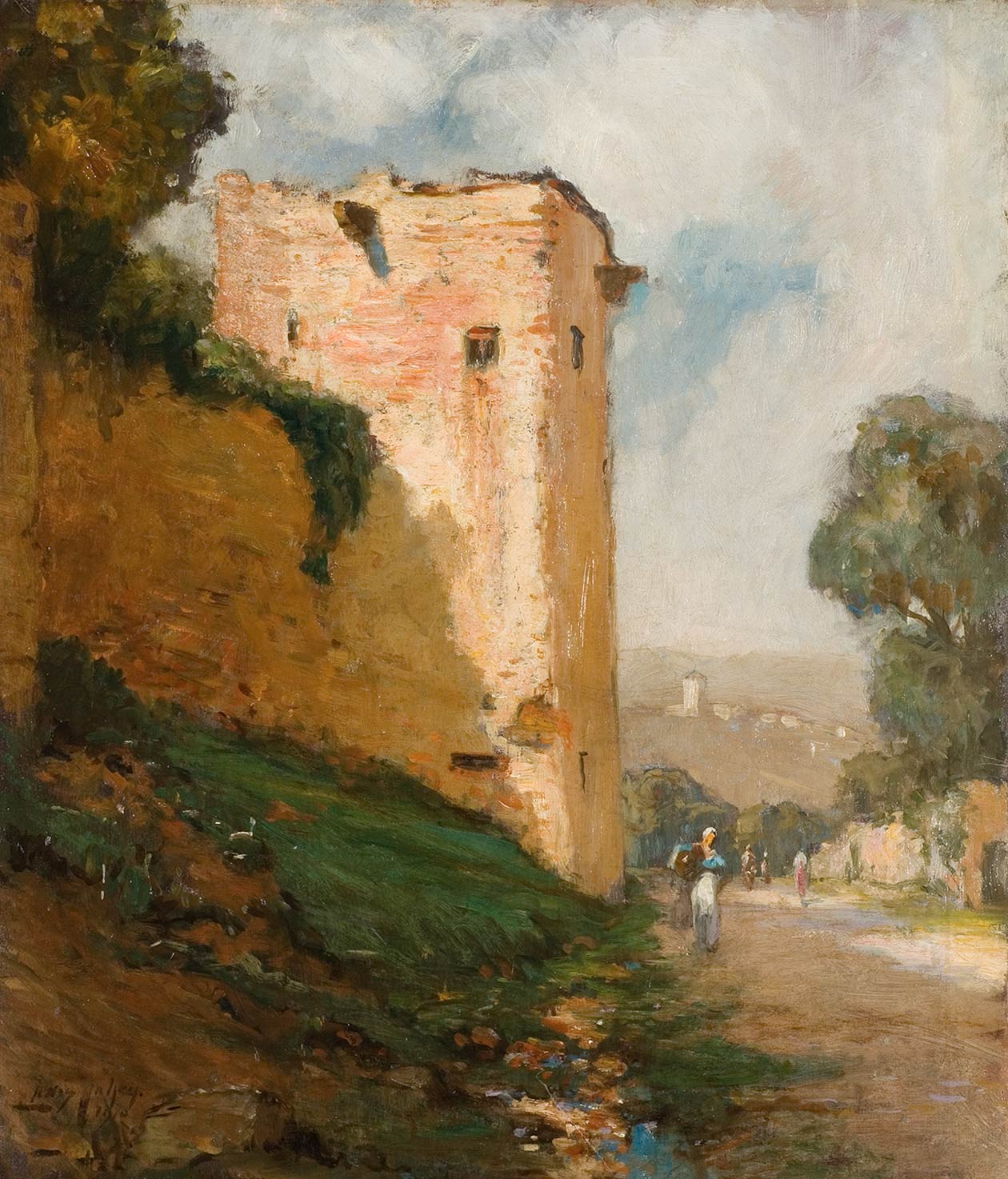 Cohen’s early work at the Lyme Art Colony shows the influence of Henry Ward Ranger, which he gratefully acknowledged. (See, for instance, the door panels he painted for the Art Colony Parlor.) After the arrival of the Impressionist Childe Hassam in 1903, Cohen’s landscapes became somewhat sketchier, sunnier, and more colorful. Trips to Spain in 1909 and 1910 (and a later trip to Italy in 1913) resulted in even more vigorous and dramatic depictions of the sights he saw there, as this panel shows.

The old tower is bathed in strong sunlight, shadows are colored (not gray or black), vegetation is a vibrant green, and the blue sky sparkles in the parts not covered by billowy white clouds.
Cohen also embraces one of the favorite compositional devices of the Impressionists: asymmetry.

The close-up view of masonry and greenery that dominates the left side of the panel is countered by a plunge into distance on the right that prompts a push-pull sensation. The sense of depth is itself upstaged to some extent by the figure of a woman coming toward us. There is also vertical movement, for the woman’s blue blouse connects her visually with the blue of the sky and with the blue patch of water at the bottom edge, while her small size is offset by the towering structure to her left.

An American born in London, Cohen was raised in New York. After graduating from Dartmouth College, he studied at London’s Slade School and lived in the city for twenty years, exhibiting at the Royal Academy and other British venues, the Paris Salon, and occasionally in America. In Old Lyme he boarded with Florence Griswold until 1909, then bought a house nearby.

Besides travel to Spain in 1910, Cohen was also instrumental that year in getting the Old Lyme art colonists to refurbish the Griswold House, which badly needed repair. It was done as a surprise for Miss Florence while she was away.