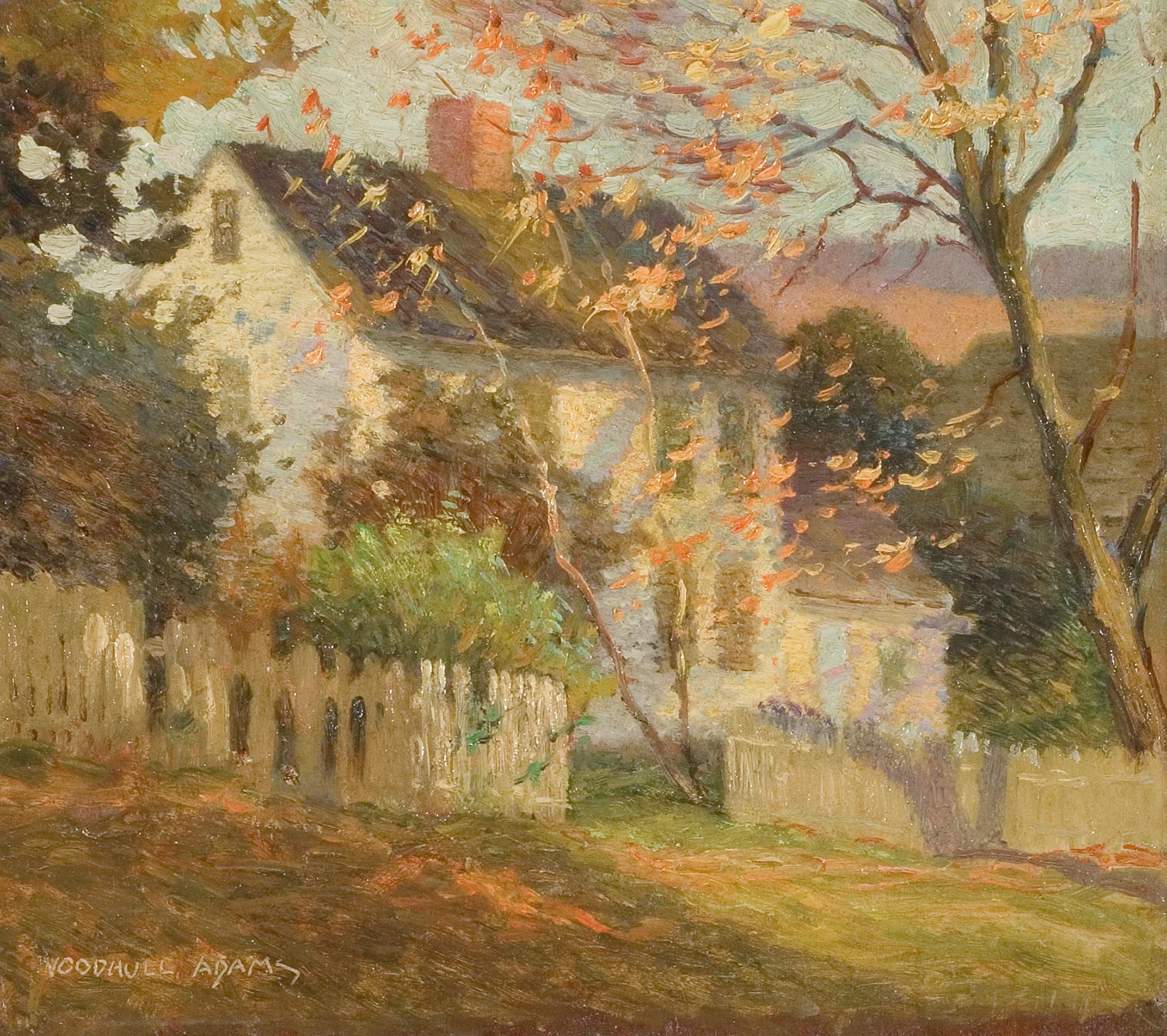 Like Old Lyme’s white-spired church, the area’s old white houses represented to artists and the public alike the values of the nation’s founding fathers, which they believed had made America special from the start and would assure its survival at a time of industrialization, immigration, economic upheaval – and in 1914, the frightening reality of world war. A house like this stood for the self-reliance, honesty, hard work, piety, and patience of the New England farmer and his family. It did not matter that the imagery was based more on romanticized myth than history. The myth was important.

Despite his artistic accomplishments, Woodhull Adams’ biography remains a bit of a mystery. He was in Old Lyme by 1912, when he painted a picture of Florence Griswold’s parlor, and several watercolors of the hall that was refurbished in secret by the artists as a gift to Miss Florence in 1910.  In fact, his paintings proved to be key documents that informed the analysis of furnishings and floor and wall coverings for the 2006 renovation of the house.

Adams exhibited with the Lyme Art Association from 1917 to 1922. He became a resident of the town at some point and was living there when he died in 1921.  He is known to have painted at Monhegan Island in Maine as part of Robert Henri’s circle there.  He exhibited once at the National Academy of Design, in 1886, and he was a member of the prestigious Salmagundi Club in New York, which had many well-known artist members. Otherwise he seems to have kept so low a profile that it is not known where he studied art, how he came to be an artist, or even what his first name was.  Its initial was J, but he seems always to have signed his art with his middle and last names.