Among the jumble of heads at the front of the pack of artists in The Fox Chase, Jules Turcas can be identified by his khaki-colored hat and telltale gray beard. 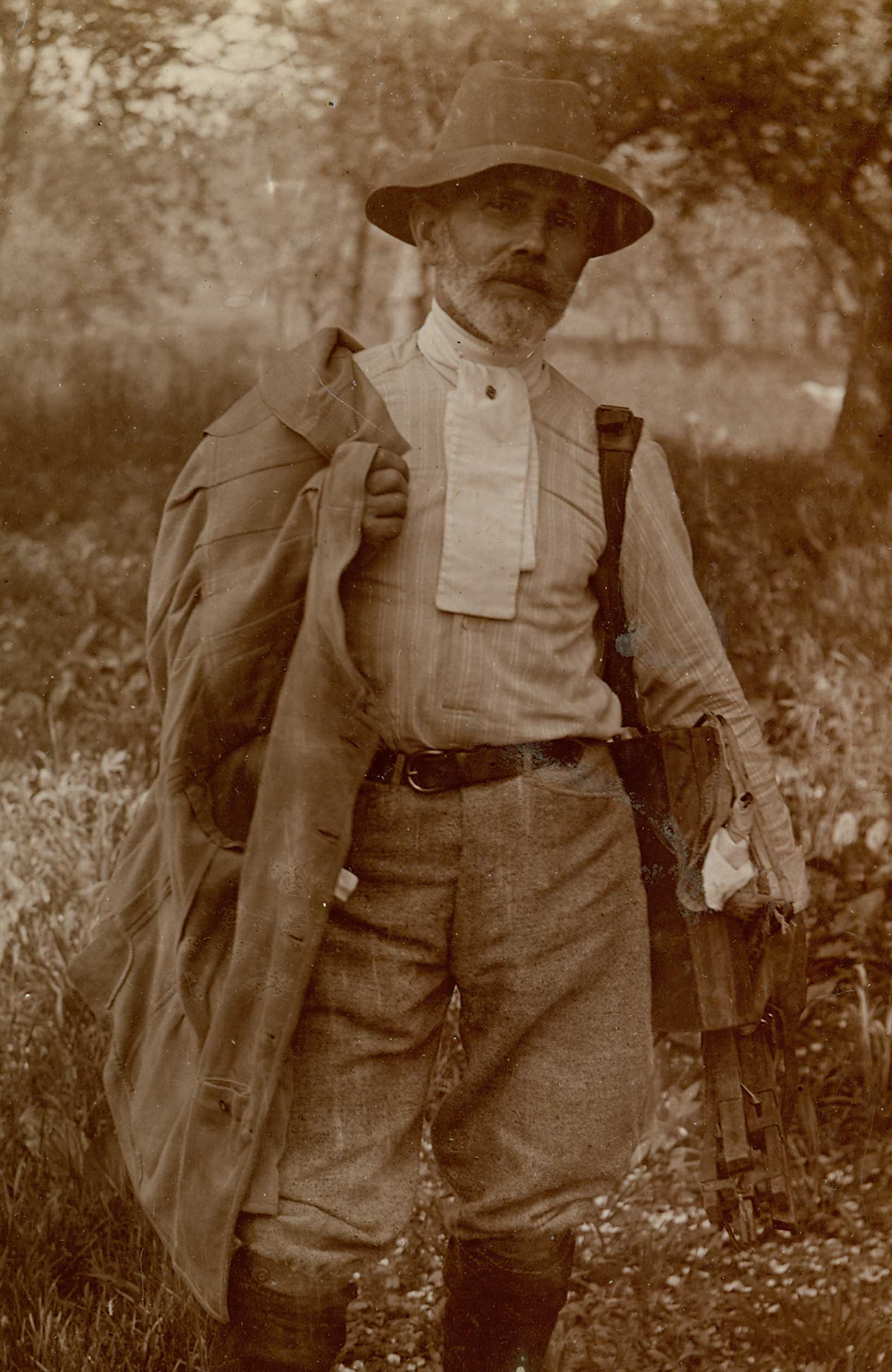 Perhaps his being born the son of a wealthy sugar plantation owner in Cuba fostered Jules Turcas’s longtime interest in painting toiling farmers and their animals. He stayed at the Griswold boardinghouse beginning in 1902 and was showing his work in the annual exhibitions three years later. Enamored with the charm of Old Lyme, he and his wife bought a summer house on top of Grassy Hill, a choice location about six miles north of the village. Stunning views of Long Island Sound above the treeless hills were available from this elevated prospect. The house was also close to the small farms of Lyme where Turcas would paint his agrarian scenes.

Jules Turcas outfitted for a day of plein-air painting

Although his paintings are rare, Turcas did exhibit in the Old Lyme annual summer exhibitions for a dozen years in a row, always receiving critical praise. His paintings fall easily into the tonalist style both in coloration and subject matter. Much like the painters of the Barbizon region in France, who preceded the Lyme Art Colony, Turcas’s images of rural life are painted with a limited palette of subdued earth tones, rich in sentimentality, that imbue the local farming folk with great dignity.