Lewis Cohen is shown bringing up the rear in the pack of running artists but appears focused and fully prepared for a day of plein-air painting with his hat on and backpack fully loaded.

He is one of the small group of artists who followed Ranger to Old Lyme in 1900, the first summer of the art colony, and began a love affair with the village that lasted the rest of his life. 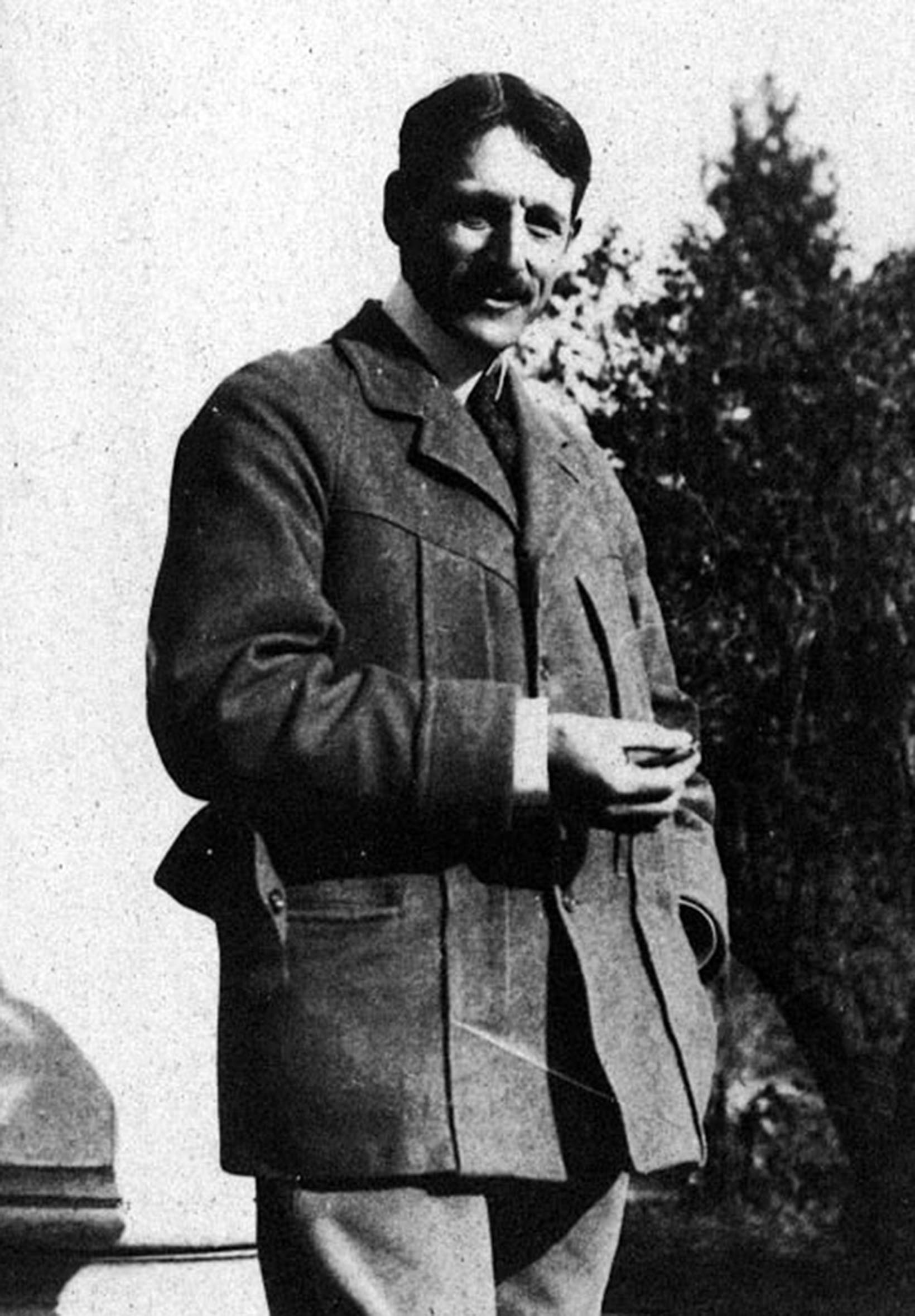 Once in Old Lyme, the subject matter of his paintings changed from genre and figural compositions to landscape. His new mentor, Henry Ward Ranger, inspired him. His work was well received and did well at the annual exhibitions, or in the words of Miss Florence in a letter to a friend, “Cohen’s of course—they always sell.”

The son of an artistic mother Cohen initially studied medicine but changed to art after a prolonged illness. Although Lewis was born in England, his parents are American and he was raised in New York. He returned to London to study art in his late 20s. He studied and painted in Europe for nearly twenty years before moving to New York. Nine years after his first visit to Old Lyme, Cohen purchased a house just up the street from the boardinghouse and renovated it into an artist house complete with a studio space with a large north-facing window. However, while staying with Miss Florence he left his mark. He painted both panels of the door leading from the hallway into the Art Colony Parlor.

Lewis Cohen on the front porch

A year after he bought his house, he helped lead the other artists in a secret renovation of Miss Florence’s time-worn boardinghouse while she was staying with friends up in Hartford. The wear of ten seasons was evident throughout the old house.

According to his friend and fellow artist Arthur Heming, “The roof was re-shingled, the chimneys mended, the front porch’s pillars, floor and steps restored, all the shutters fixed . . . the halls and drawing-room and the principal bedrooms redecorated and most of the furniture mended and recovered.” 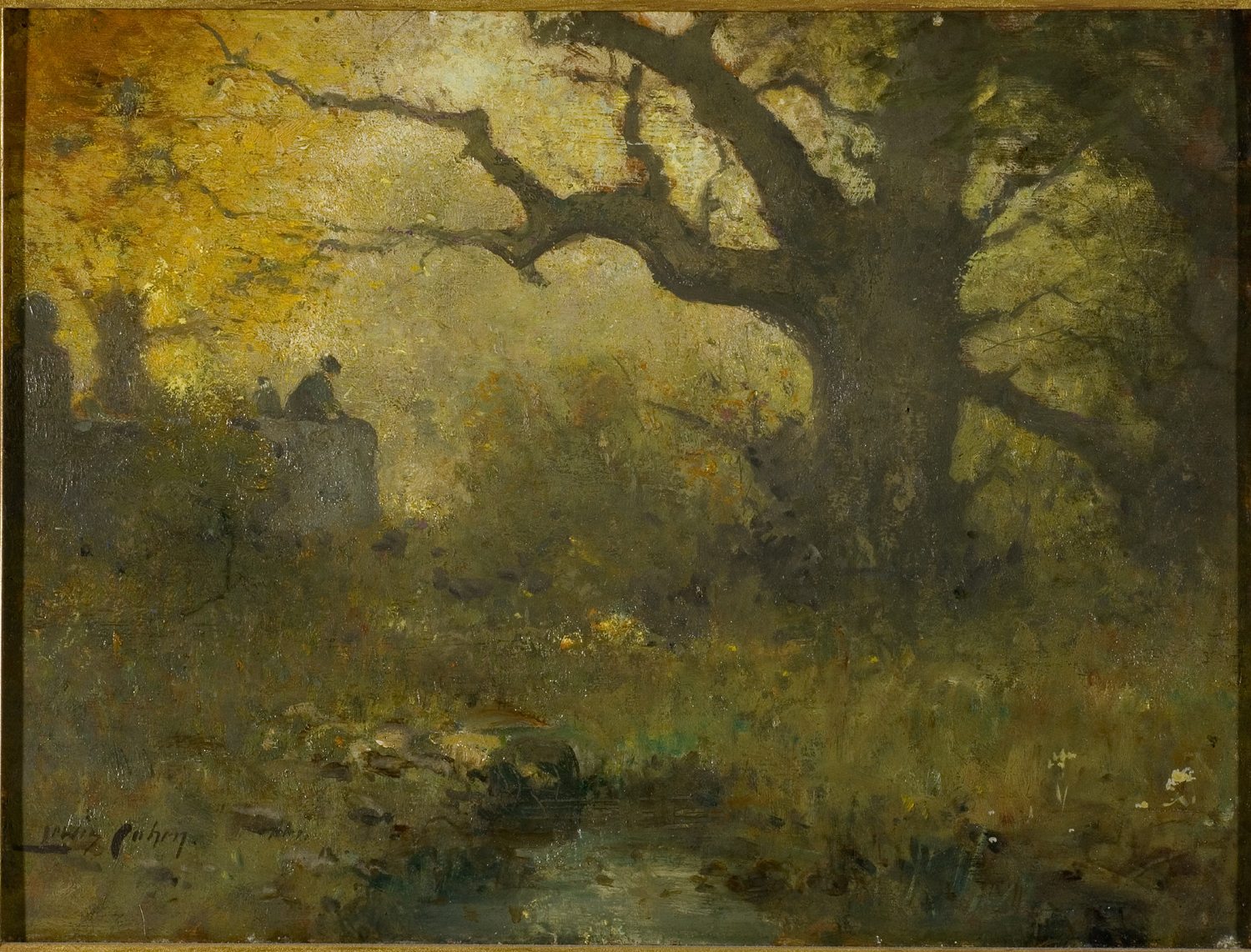 Although the extent of the transformation that Heming writes about in his manuscript Miss Florence and the Artists of Old Lyme might be somewhat exaggerated, Cohen does take responsibility in a letter to Miss Florence warning her of the changes. “I have been taking some liberties with the old house,” he writes in 1910, “and trust I shall be forgiven. But if you decide to prosecute me, I have much pleasure in implicating Arthur Heming as my chief accomplice and Harry Hoffman as an accessory before the fact: please have them held, without bail!”

Cohen’s sense of generosity extended to his fellow artists as well. He showed up one morning with an armful of little sketch boxes that he distributed to the artists assembled, and later he willed half-interest in his Old Lyme home to his artist friend Frank Bicknell (who can be seen picking himself up after falling down further along in The Fox Chase).