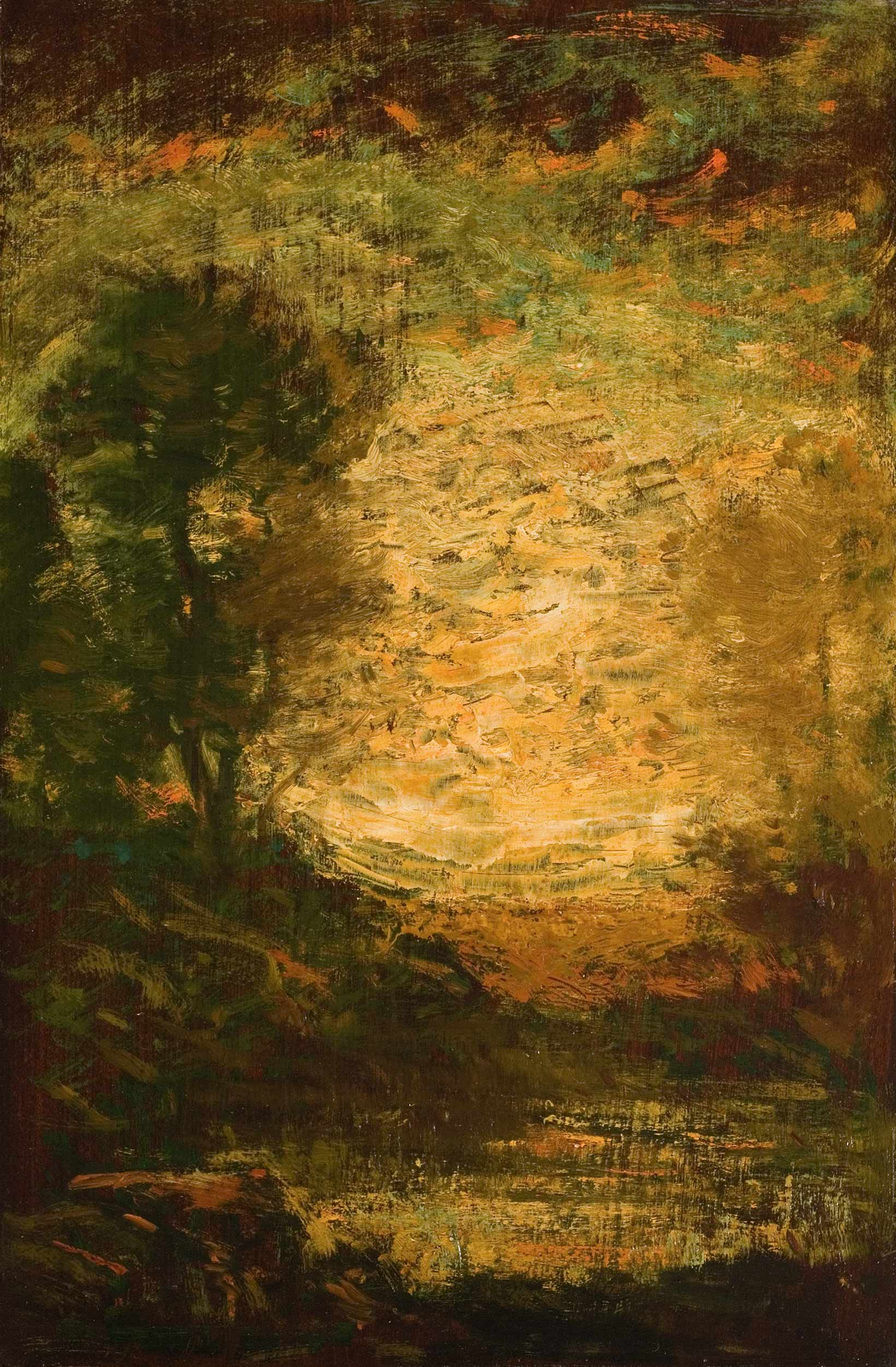 Gustave Wiegand was known for painting woodland interiors and other pure landscapes in all seasons, so that is how he chose to be remembered on a panel in the Griswold House. Surprisingly, he painted this panel in a manner distinctly different from his other work. The scene is much darker and may owe more to his training at the Royal Academy at Dresden than to his later studies with William Merritt Chase, although Chase probably would have liked the drama created by the thickly painted surface, brushwork, and intense central light. The pond, trees, and clouds encircle the last light of a sunset, whose oranges are reflected in the water and clouds and even in some of the greens of the land.

In the sky especially, the brushwork, impasto (thick paint), and mix of colors, most notably the whites, create a surface that is fascinating to look at. It is as though Wiegand was combining elements of the brooding but centrally lit tonal paintings associated with Henry Ward Ranger at Old Lyme with the dynamic brushwork of the Impressionism that Childe Hassam introduced there in 1903. Wiegand paintings are generally much paler in color and more smoothly brushed.

Wiegand spent only the summer of 1907 in Old Lyme. That the other artists immediately gave him the honor of contributing a panel to the Griswold House dining room is not surprising, because his exhibition record was strong and he had won prizes at the National Academy of Design and the St. Louis Expo.

Wiegand lived in the metropolitan New York area but had already begun summering in more rugged landscape than that of Old Lyme, in New Hampshire and particularly in the Blue Mountain area of the Adirondack Mountains. Forests and mountains, which probably reminded him of his native Germany, drew him away from Old Lyme. His Adirondack studio, where he worked from 1900 to 1920, is preserved on the grounds of the Adirondack Museum, just as William Chadwick’s studio is at the Florence Griswold Museum.