Edward Volkert was attracted to Lyme by the availability of his favorite subject, livestock, on the area’s farms. Living on Sterling City Road, he often depicted long, hilly vistas cleared of trees generations earlier by settler colonists. Those same colonists and their descendants had overtaken the once-wooded uplands that were the Nehantics’ hunting grounds, in part to claim space for larger farms to support their livestock.

The land’s Native American residents had cultivated beans, corn, and squash, plants whose growth supported one another, fertilizing them with shells and small fish. They did not use animals to farm. By contrast, settlers farmed as they had in their home countries, bringing livestock with them to New England. By 1900, there were 21.6 million work animals in the United States, many on farms.(1) In the early 20th century, the Lyme farmer in Volkert’s painting Harrowing uses oxen like his settler ancestors, pairing them with a factory-made disc harrow but not yet embracing steam or gas-powered machinery increasingly used elsewhere. He walks beside his team to maintain their efforts, the fresh earth marking their progress as they level the soil for planting.

Industrialization and mechanization had a decades-long foothold in New England by the era of the 19-teens and 1920s depicted in Volkert’s works.(2) Yet that history finds little visual acknowledgment on his canvases. The artist divided his time between his native Cincinnati, Ohio, and the Northeast, perhaps honing his observations about the less technological approach to farming in upland Connecticut, long outpaced by the Midwest in terms of agricultural productivity. According to his granddaughter, Volkert gravitated to Lyme in part because farming was still practiced there with traditional methods.(3) Steep hills made it one of dwindling number of regions where oxen, rather than machinery, were still used for plowing. The artist gravitated toward subjects like that in Ox with Haywagon, where labor is performed by hand. Cultivated, or English hay, like that in the cart, had replaced native salt hay in New England fields over the course of the 19th century. The cut stalks have been left in piles in the field, and are now being forked onto a wagon that will take them to the barn for winter storage in bales or stacks. Volkert’s plein-air painting radiates sunlight of the sort farmers hoped would persist until the hay was cut and gathered in—uncertain natural factors in their success rather than the regularity and reliability associated with machines. The artist’s emphasis on farm laborers resonated with viewers during the 1920s—when this picture was likely painted—who by then admired physical work that was being replaced by machines. By 1930, when Volkert was still painting his celebrations of animal-drawn carts and farm implements, the country was already home to 920,000 tractors, numbers resulting from a decade of innovation in gasoline tractors powered by competition between manufacturers such as Ford and International Harvester.(4) The adoption of technologies such as tractors paralleled the reduction in the number of Americans farming. While 41% of the workforce farmed in 1900, by 1930, just 21.5% of the population were farmers.(5) 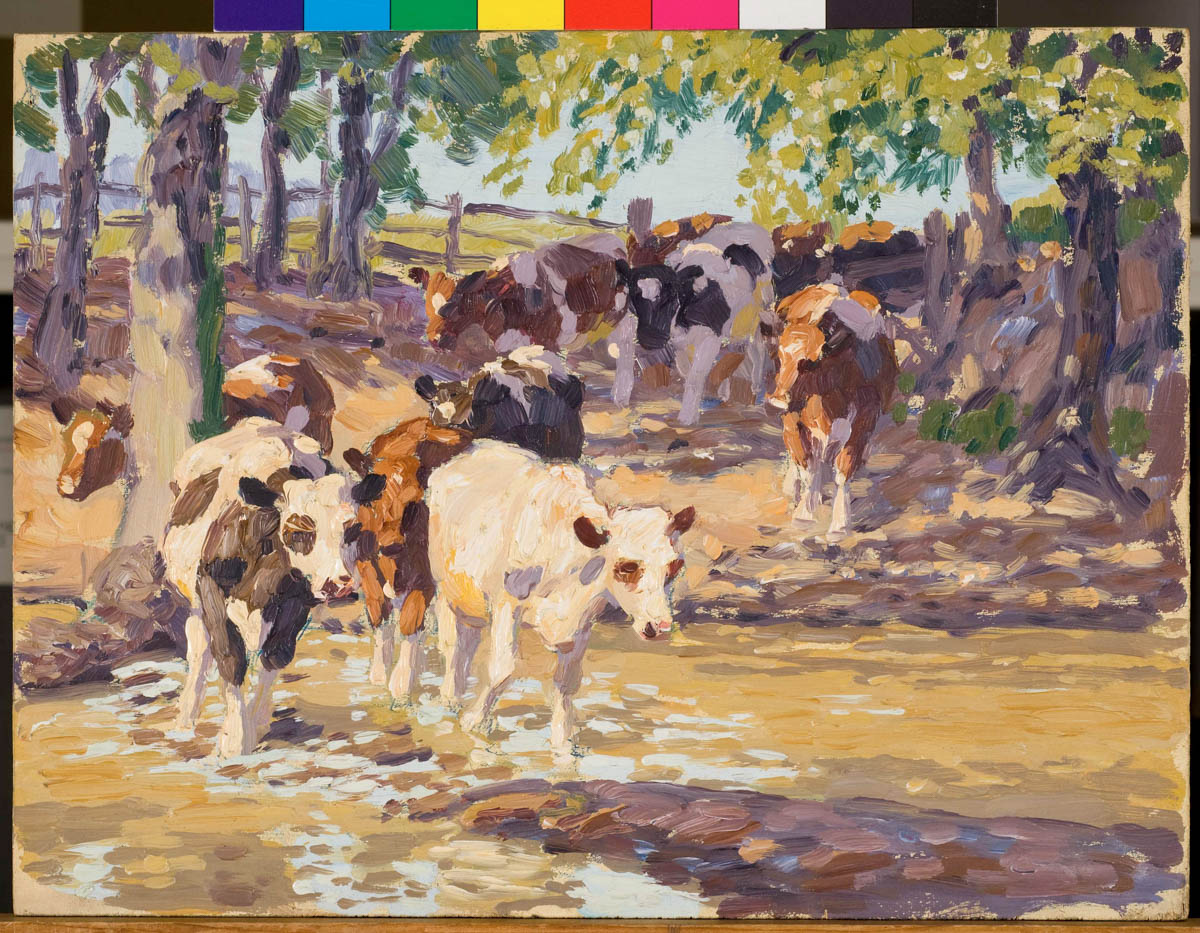 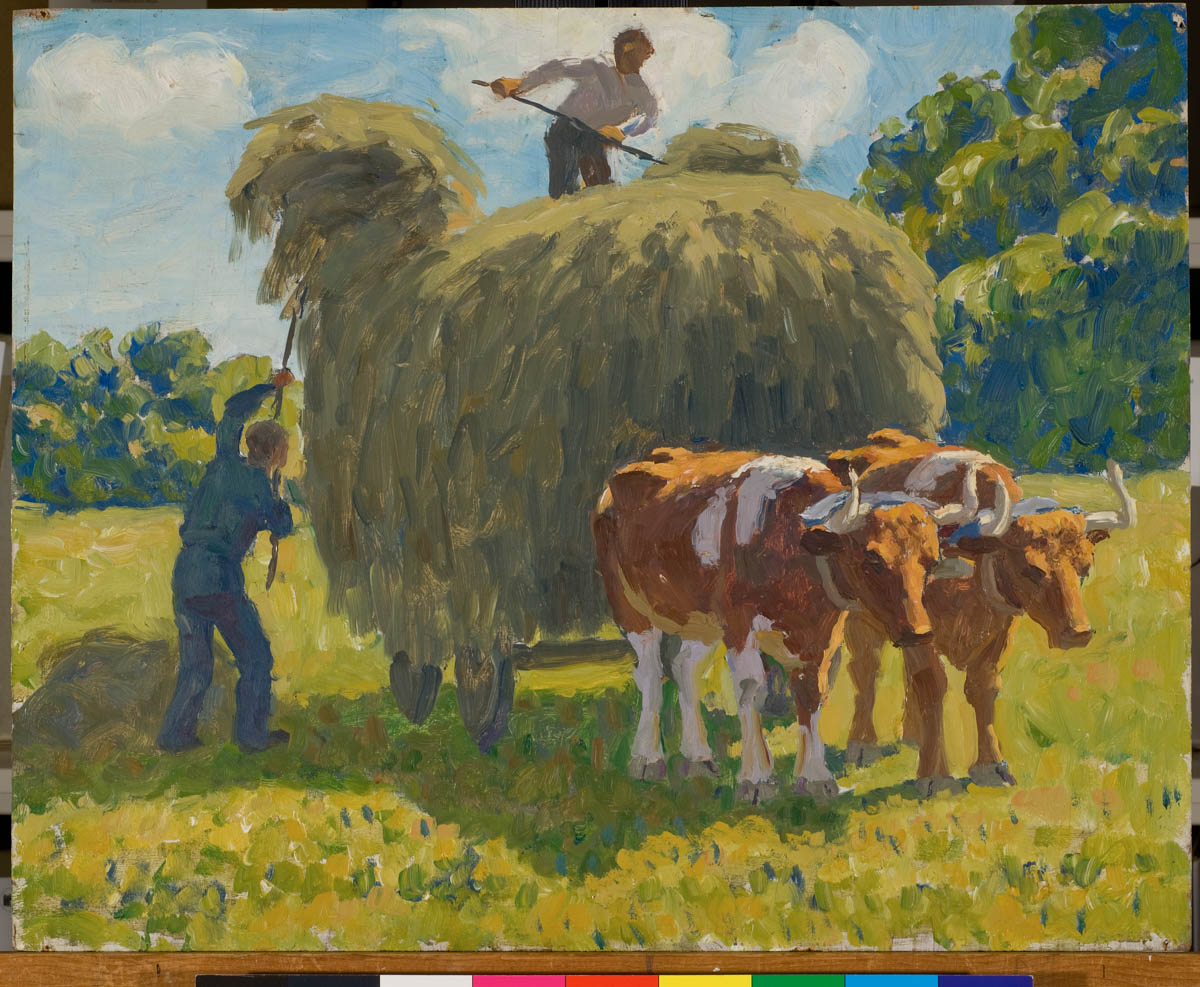