The stately Victorian home of General Joseph Griswold Perkins (1837-1913), long a landmark on Lyme Street, has disappeared. So has the vine-draped dwelling of Judge Henry Matson Waite (1787-1869) that once stood on the same site, just north of today’s Cooley Gallery. Old photographs tell a story of changing times and tastes. When historian Martha J. Lamb (1829-1893) visited scenic Old Lyme, newly popular as a tourist destination in 1874, she described the Waite house first in her architectural tour of the main street. “One of the first houses which attract attention,” she wrote, “is a cottage-built, vine-clad, flower-surrounded dwelling, with a body-guard of aged apple-trees where the present Chief Justice of the United States. . .was reared into manhood.”[1] 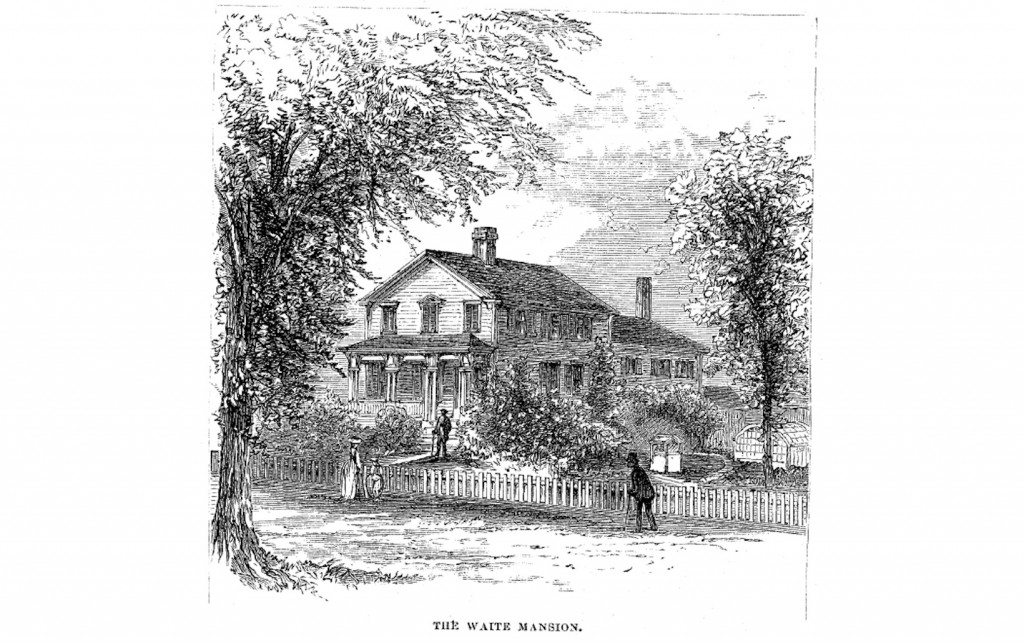 Morrison Remick Waite (1816-1888), chosen as Chief Justice by President Ulysses S. Grant earlier that year, was a boy of ten when his father built a house along the “highway” through Lyme on land purchased in 1826 from his brother-in-law Capt. Daniel Chadwick. By the time Mrs. Lamb labeled it a “mansion,” the original Waite residence had been considerably enlarged and improved. The drawing that accompanies her article in Harper’s Magazine shows a rear ell, a greenhouse beside the back garden, a white picket fence, and a profusion of vines and flowers.[2] 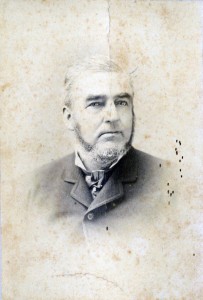 By then Louisa Mather Griswold (1843-1925) had purchased the Waite homestead following her marriage to Joseph Perkins in 1869. The daughter of shipping magnate Richard Sill Griswold (1809-1847), she grew up a few doors away in the elegant residence later called “Boxwood.”  The eligible Louisa had several suitors when Perkins, a young lawyer from a prominent New London family, returned in 1868 from distinguished service in the Civil War. His frequent visits drew attention in the village. Neighbor Phoebe Griffin Noyes (1797-1875) observed that Louisa had been “down at Black Hall park & walking around with Gen. Joe” and that “everyone thinks she is going to have him,” as she wouldn’t “carry on such a great flirtation for nothing.”[3] 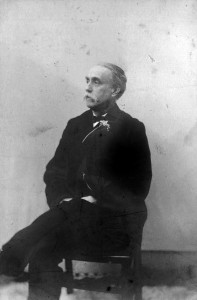 The Waite-Perkins home changed dramatically in the mid-1880s when architect H. C. Lindsay of New Haven transformed the “cottage-built” dwelling into “an effective modern house.”[4] Extensive renovations created a fashionable Victorian revival mansion with mansard roof, porches, bays, gables, and an ornamental gate. For nearly half a century the refurbished Perkins residence remained a distinctive presence on “The Street.” 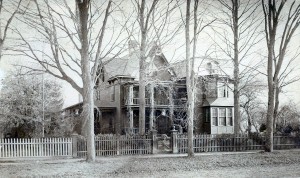 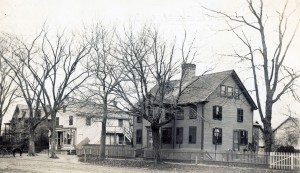 Victorian ornamentation was no longer fashionable when Ethel Williamson Ely (1881-1941) purchased the property from the Perkins’ heirs in 1930 at the start of the Great Depression. When she renovated her residence three years later, she had the Victorian additions and embellishments stripped away, the original Waite house moved back from the street, and the remaining structure turned to allow a more secluded north-facing front entrance. 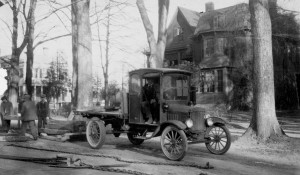 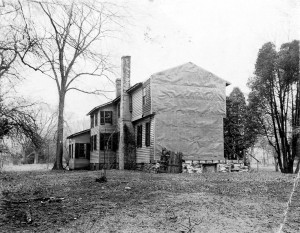 In keeping with the Colonial Revival style prevailing in the village, Mrs. Ely added an extended saltbox roof and painted her remodeled residence white. The house that stands today on the site bears no resemblance to either of its illustrious predecessors.[5] 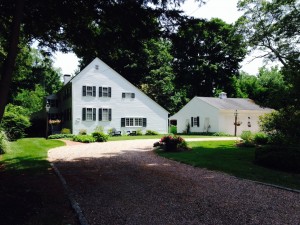 Other Lyme Street homes had changed as the centuries passed. Louisa Perkins’ brother Richard S. Griswold, Jr., (1845-1904) added a third story and side ell to their father’s mansion when his wife opened the Boxwood School for Girls in 1892. Stephen J. Lord (1797-1851) added side wings to Benjamin Marvin’s (1743-1823) house in 1841 as his mercantile business prospered and his family grew. But the only other residence that disappeared completely was the home of Phoebe Griffin Noyes. Built originally as a parsonage for Rev. Jonathan Parsons (1705-1776) ca. 1745, it served next as an inn that welcomed stagecoach passengers. In 1837 it became Mrs. Noyes’ family residence with a new front addition that allowed her to use the original tavern ballroom as a classroom for her home school. Half a century later her son-in-law Charles H. Ludington (1825-1910) removed the gabled front section, donated it for use as the town’s first high school, demolished the aging ballroom, and hired New York architect Ernest Greene to design a gracious Colonial Revival estate for his family. In 1874 Mrs. Lamb had described the “large, square, old-fashioned house” where Phoebe Griffin Noyes conducted her private school, but the residence that stands today just south of the Congregational Church, like the renovated Waite-Perkins home nearby, offers no hint of its architectural evolution. 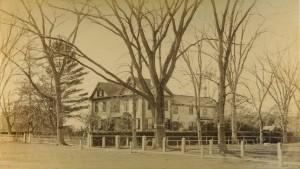 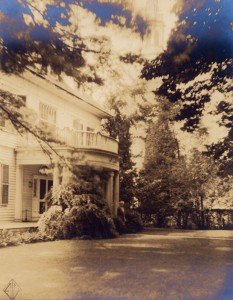