Patterns of paper lace, festive birds and flowers, and intricately layered designs first attract a viewer to the historic Valentines in the Archives’ collection. A closer look reveals that some bear a maker’s identifying stamp.

The earliest Valentines exchanged in America were made by hand or imported from Europe. The A. J. Fisher Company in New York introduced domestically printed Valentines in 1835. But it was the ingenuity of a young woman in Worcester that turned the production of Valentines into a profitable assembly-line project in New England.

The decorative European Valentines sold in her father’s stationery store prompted Esther Howland (1828-1904), after graduating from Mt. Holyoke College in 1847, to experiment with her own designs. The cards she created at home from imported paper lace and floral cut-outs quickly attracted buyers. 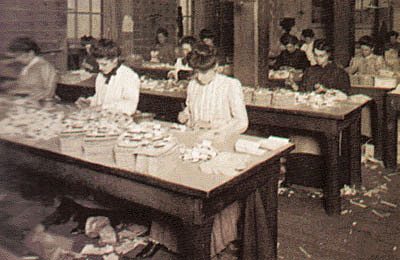 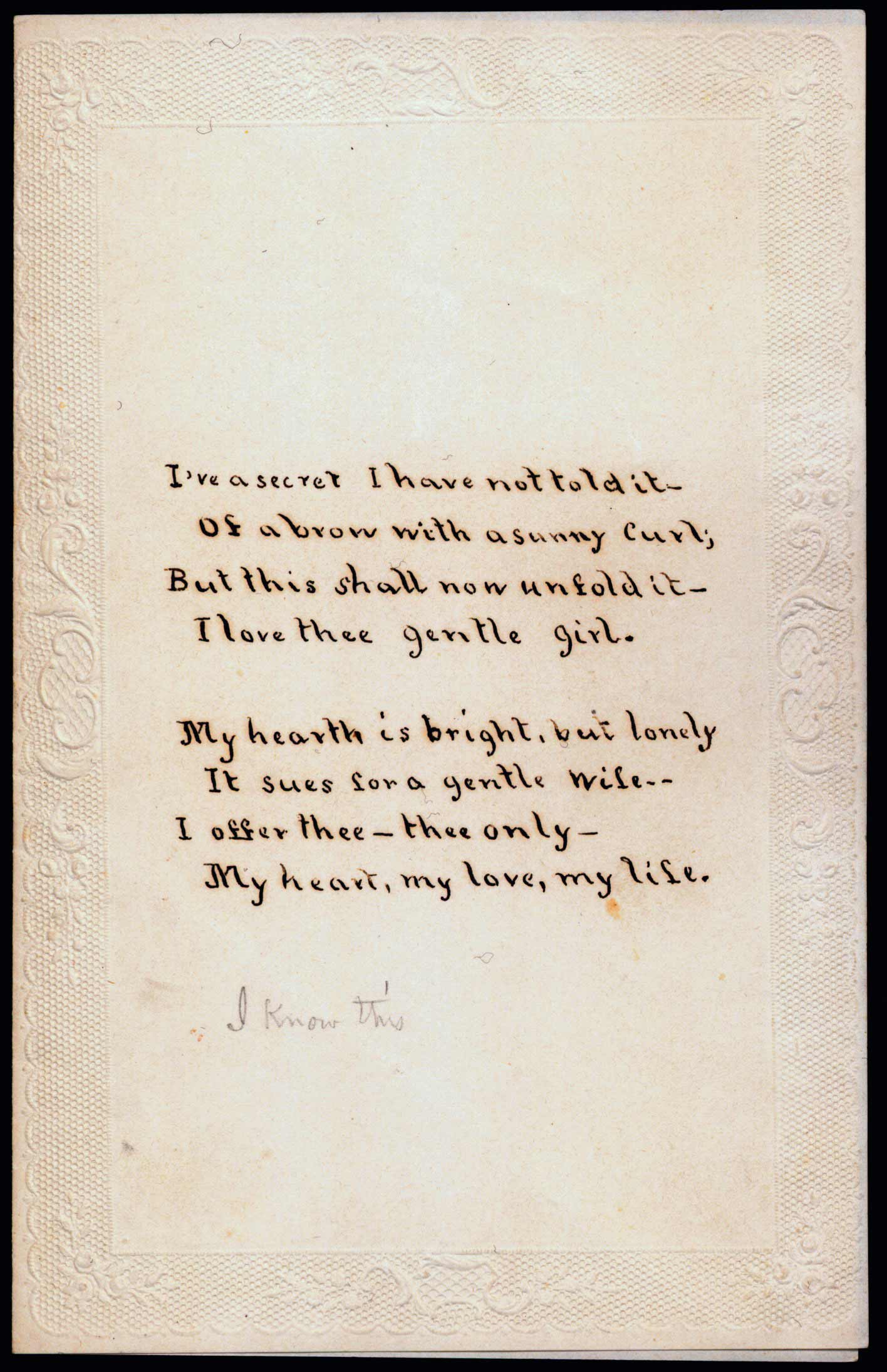 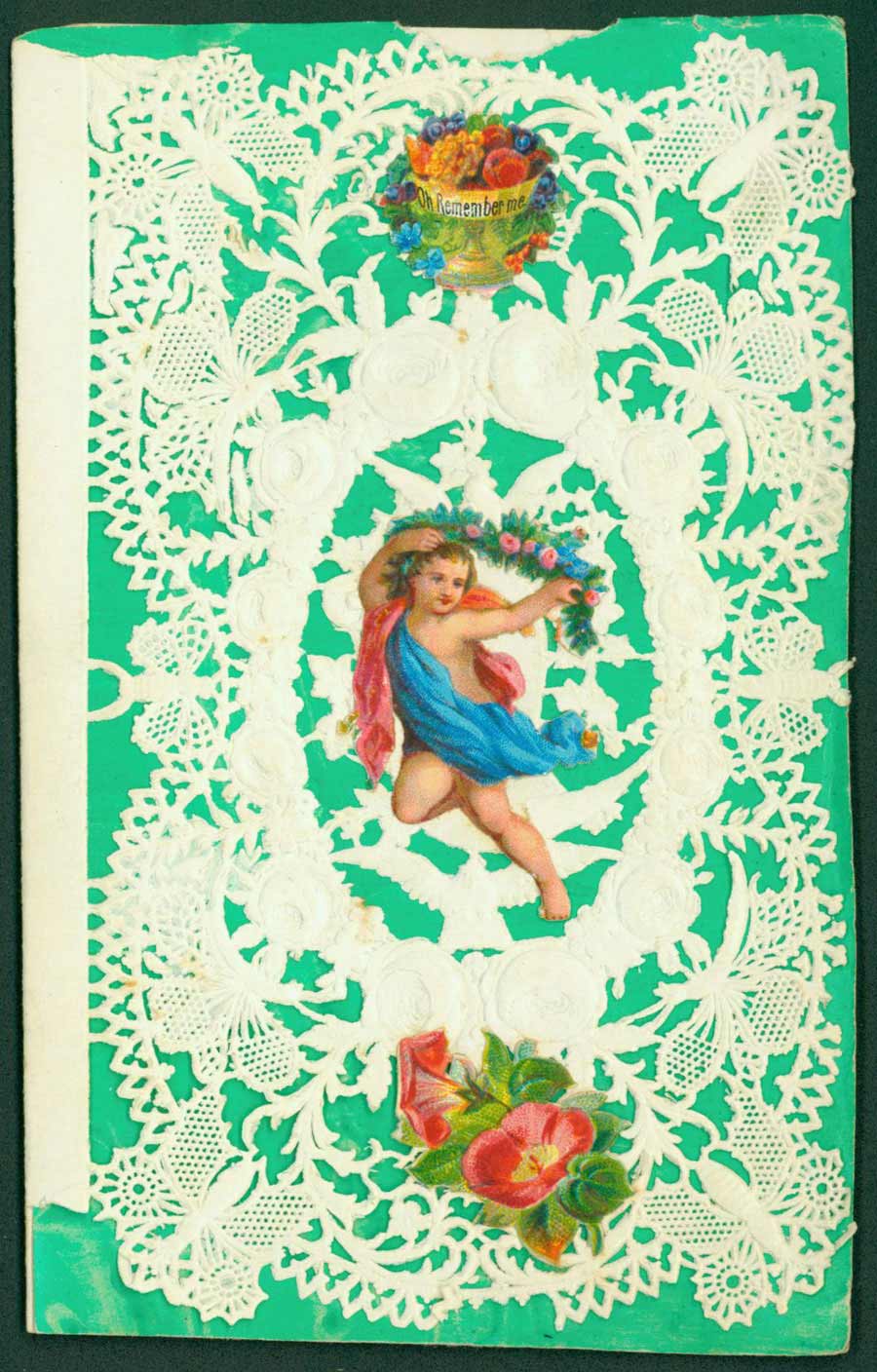 Her success brought competition. To distinguish her Valentines, she stamped on the back the identifying letter “H” in red ink. When George C. Whitney (1842–1915), initially her employee, expanded his own family business in Worcester after serving in the Civil War, he stamped his similar designs with a red letter “W.” Later he purchased both the A. J. Fisher Company and Howland’s flourishing New England Valentine Company to become the country’s largest producer of greeting cards. 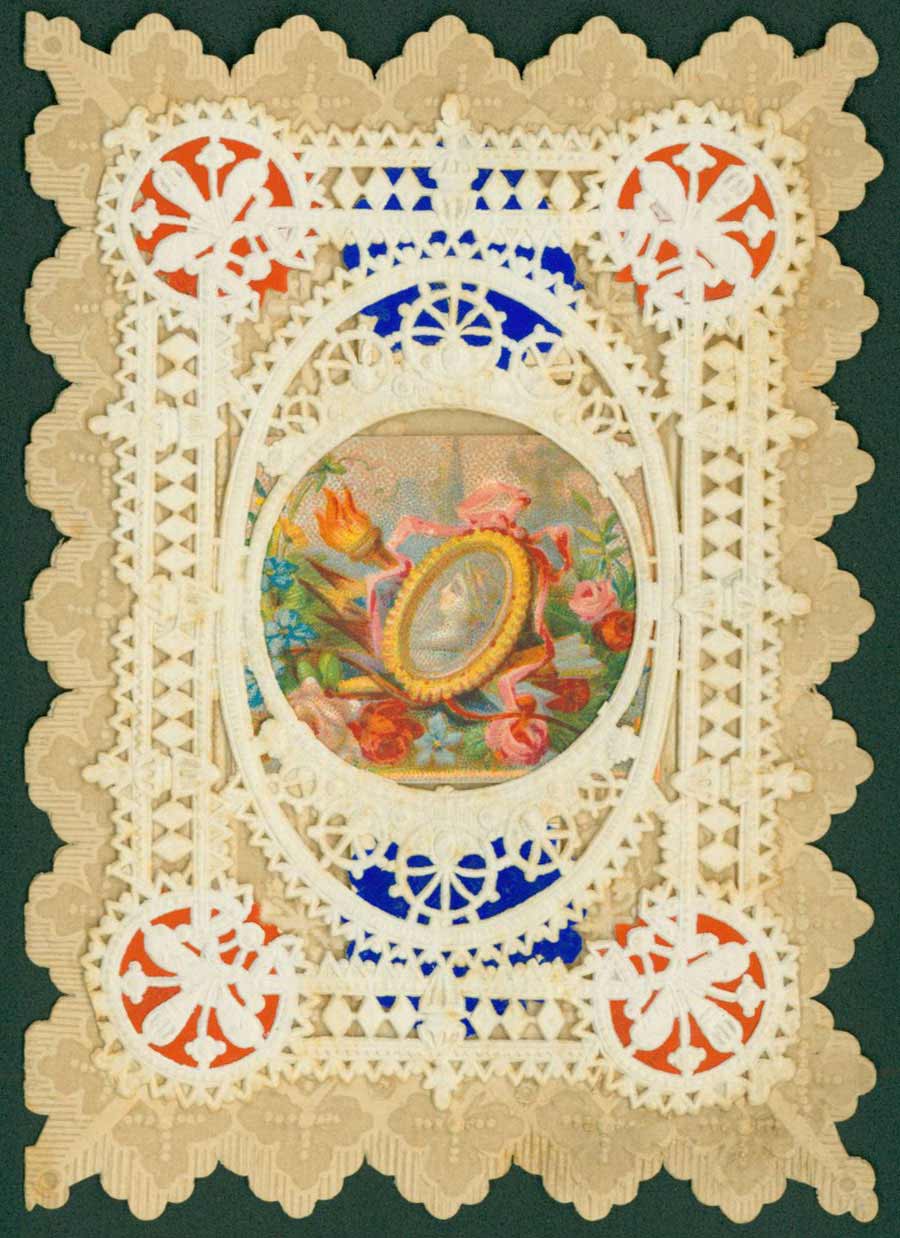 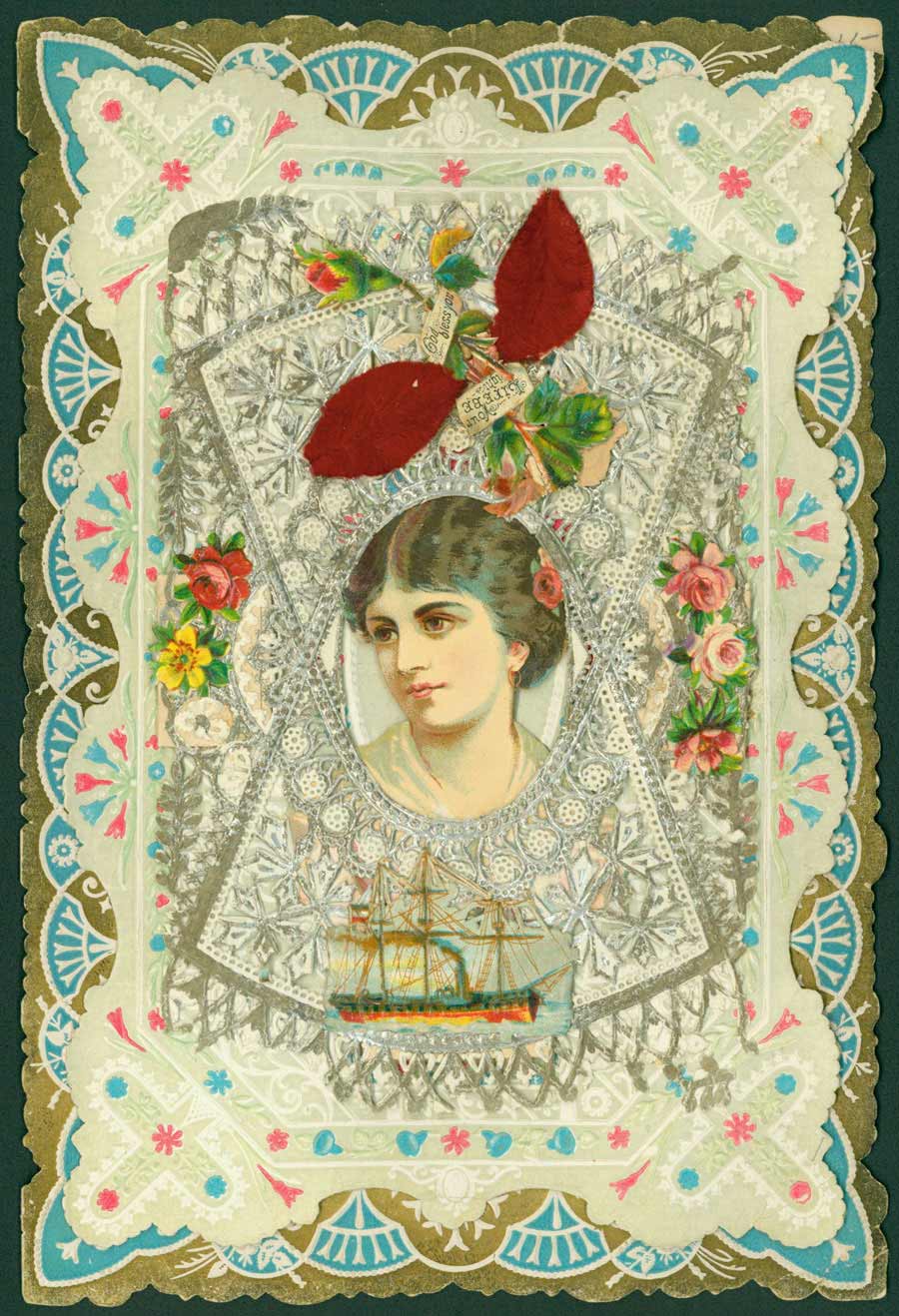 “Making Valentines: A Tradition in America”

“’Mother of the Valentine’: Esther Howland, Worcester, and the American Valentine Industry”