An intricately patterned quilt that Elvira Comstock Clark (1854–1946) pieced in Old Lyme before 1890 continues the tradition of women’s artistry handsomely displayed in the Florence Griswold Museum’s spring 2022 exhibition “New London County Quilts and Bed Covers, 1750–1825.” The vivid colors and alternation of lights and darks that define her elaborate log cabin design offer a striking contrast to the whitework quilt that Emily Jewett (1799–1877) had stitched in nearby East Haddam more than sixty years earlier. 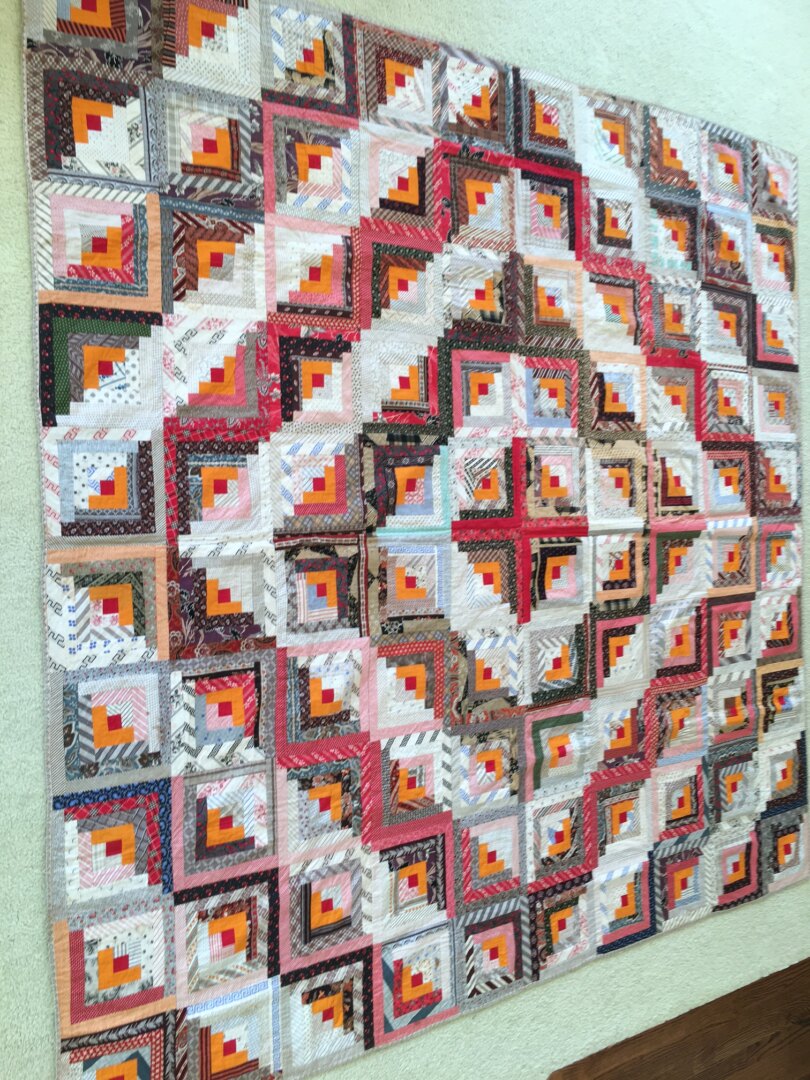 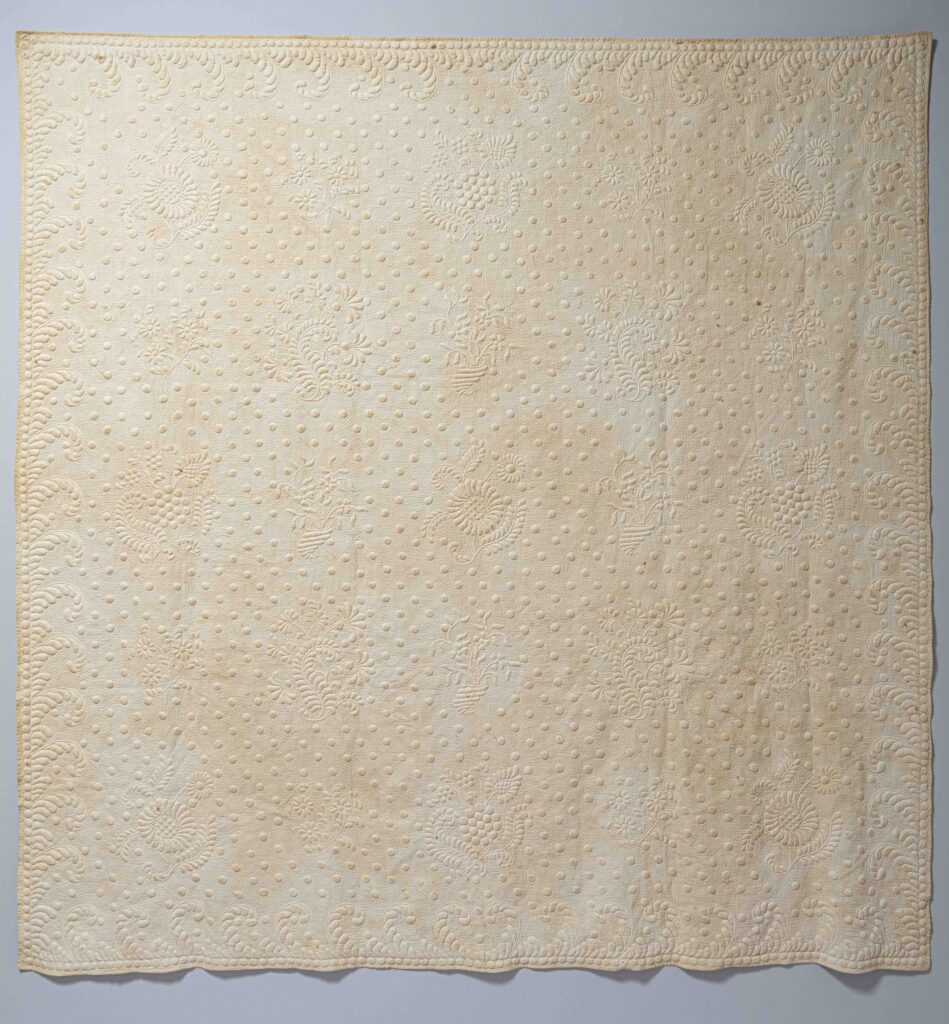 Elvira Comstock, my great grandmother, learned to sew at a young age. Her older brother Henry Comstock worked as a tailor in their home on today’s Sill Lane until he went to sea at age 19, and her older sister Eunice Comstock apprenticed at age 20 as a “tailoress” in Middletown. According to the 1880 federal census, Elvira worked as a dressmaker at age 25. Scraps saved from her dressmaking projects over the years found a new purpose in the bold patterning of her log cabin quilt.

In the 1820s when Emily Jewett stitched her whitework quilt, her cousins in Lyme, who ran a girls’ school on the site of today’s Phoebe Griffin Noyes Library, took pride in their own needlework. Harriet Lord wrote to her sister Julia Ann Lord in 1827 about their ongoing projects. “Of rugs & carpets I can only say that we are now on our third & last carpet—which is the greatest beauty of the kind extant—I could send you a little sample but that it would be somewhat bulky for a letter but wonderful as the carpet is the rug far excels it. . . .of quilts I can tell you nothing as none have been done—the carpet & rugs have occupied all our time.”

Elvira Clark’s continued interest in quilting almost a century later is apparent in a 1909 issue of The Larkin Family Magazine that she saved. It includes a short story, “The Quilt of Contention,” that recounts a dispute at a fictional Lady’s Aid meeting about who should receive a pieced quilt to which many had contributed, with one woman explaining she made squares from her wedding dress and from a dress that an elderly neighbor “was laid out in.” She would have had easy access to thread, notions, and dry goods at her husband’s general story on Lyme’s main street. 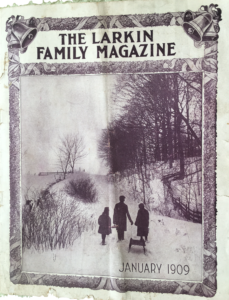 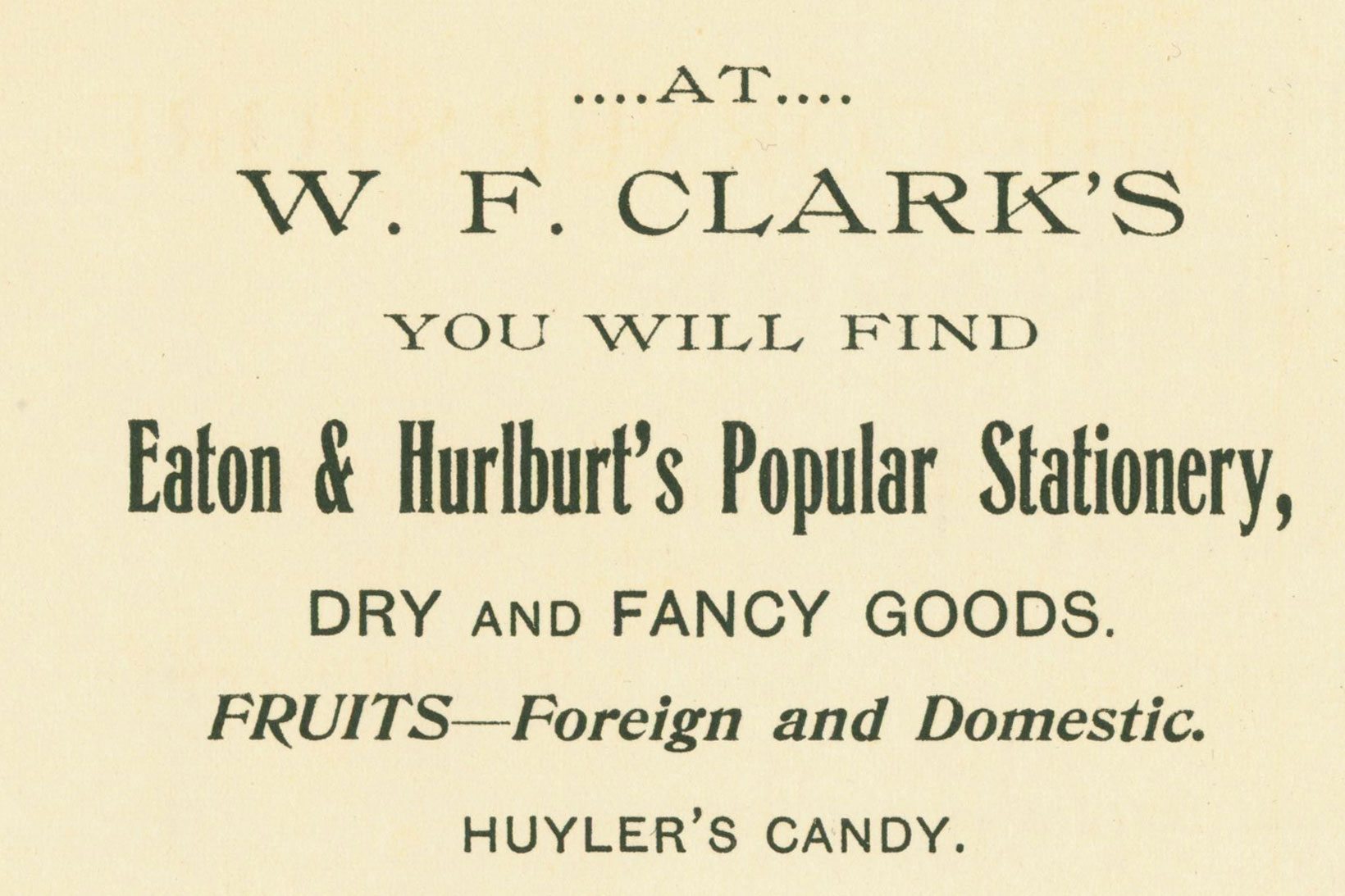 By then quilt styles were changing. Log cabin quilts, widely popular during and after the Civil War, evoked nostalgia by the 1920s. Their central use of bright red tones and other warm colors was thought to represent the hearth, with bordering dark and light fabrics conveying the surrounding firelight and shadows. 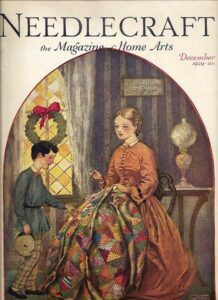 In the 1880s brown tones became popular, and a preference for “modern” pastels shifted quilting designs again in the 1930s. 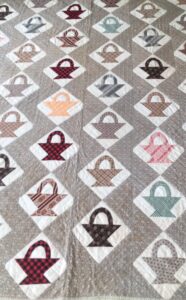 As towns like Old Lyme electrified and families acquired automobiles, refrigerators, telephones, and indoor plumbing in the 1920s, log cabin designs came to be seen as old-fashioned. The quilts that Elvira Clark stitched in her later years, with the help of her daughters, reflect those changing needlework fashions. 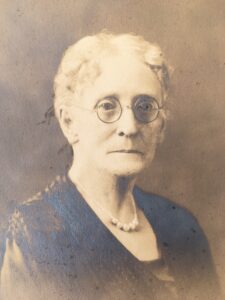 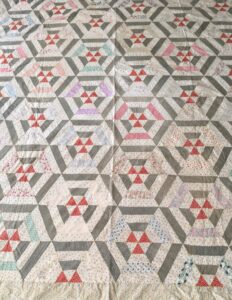