Printmaker and bookbinder Caro Weir Ely (1884–1973) was part of a multi-generational family of artists that included her uncle John Ferguson Weir, her grandfather Robert Walter Weir, and her father, the American Impressionist J. Alden Weir. Ely was the artist’s eldest daughter and served often as his model, in keeping with the Impressionist embrace of informal subjects drawn from family life. 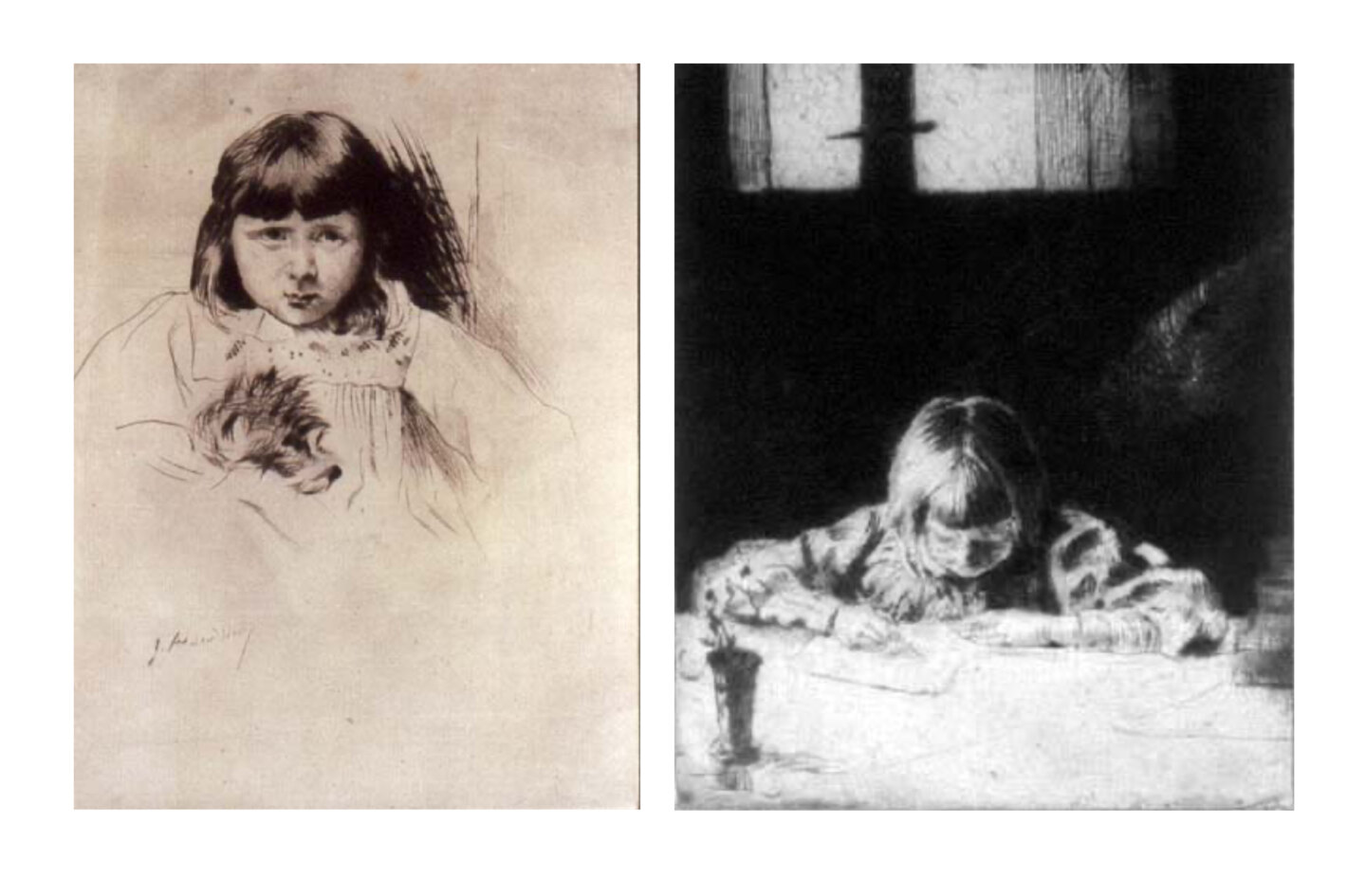 This fall, the Museum acquired a major example of Weir’s portraiture, his 1887 depiction of Caro in her father’s studio at age three, holding an orange. With its scale, emphasis on a full-length figure, and attention to dress, Portrait of Caro demonstrates Weir’s admiration for Old Master portraiture by Frans Hals and Diego Velàzquez. Weir exhibited the regal painting of his daughter at the prestigious 1889 Exposition Universelle in Paris, where it was praised by critics for its distinction. 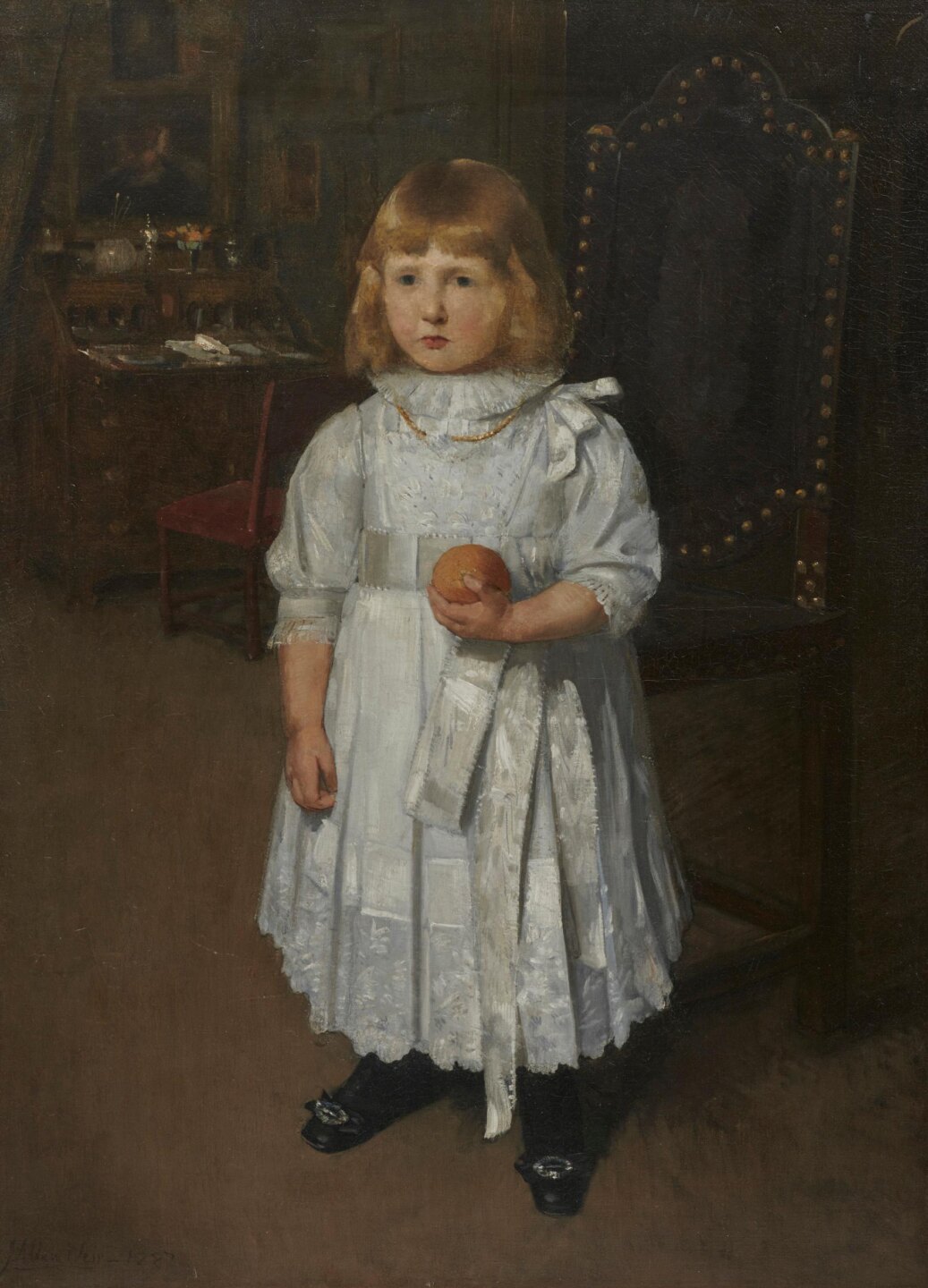 Caro followed in the footsteps of her father, studying in Paris and New York as well as with the artist Joseph Pennell. Caro worked in several media, including paint, pastel, bookbinding, and printmaking. The elder Weir instructed his daughter in etching, and she later printed examples from his plates for a posthumous exhibition as well as making her own works. The holiday cards shown below were created by Caro, who married businessman George Page Ely in 1916. They settled in his hometown of Old Lyme, where she was part of the Old Lyme Craft Guild in the 1930s, a venue for sharing her varied skills.

With her upbringing among her father’s artistic colleagues and the friendships she formed in Old Lyme, Caro knew many of the Lyme Colony painters. The holiday cards reproduced here were sent to artists Harry and Beatrice Hoffman, also members of the Old Lyme Craft Guild. The Museum’s collections includes not only her cards, but also Caro Weir Ely’s prints, pastels, paintings, and samples of her designs for bookbindings. The acquisition of Portrait of Caro marks a homecoming of sorts because the majestic canvas hung in Ely’s Old Lyme home and that of her daughter for many years.

All cards include artwork by Caro Weir Ely and are from the Jack Hoffman Papers, Lyme Historical Society Archives, Florence Griswold Museum. 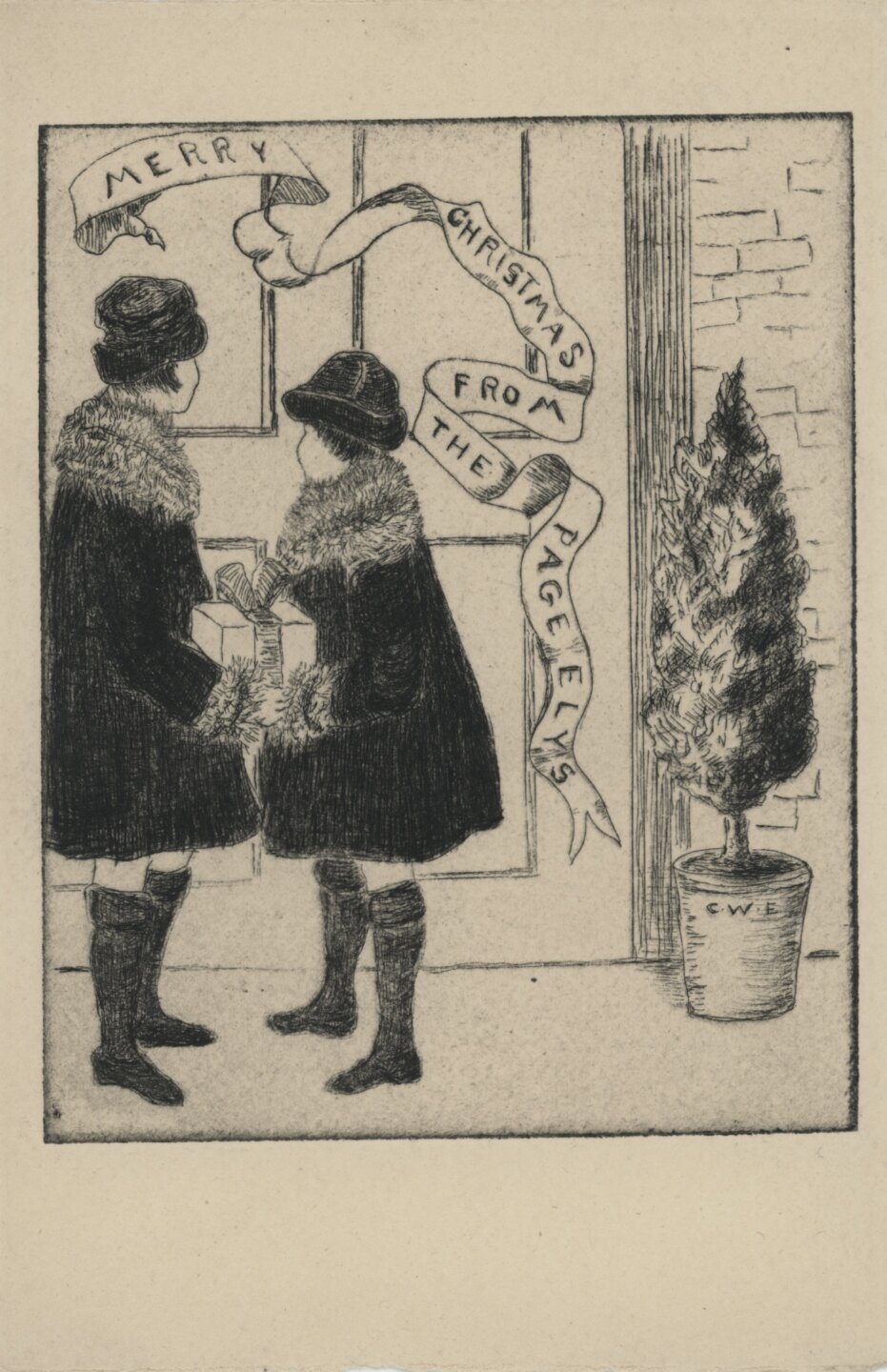 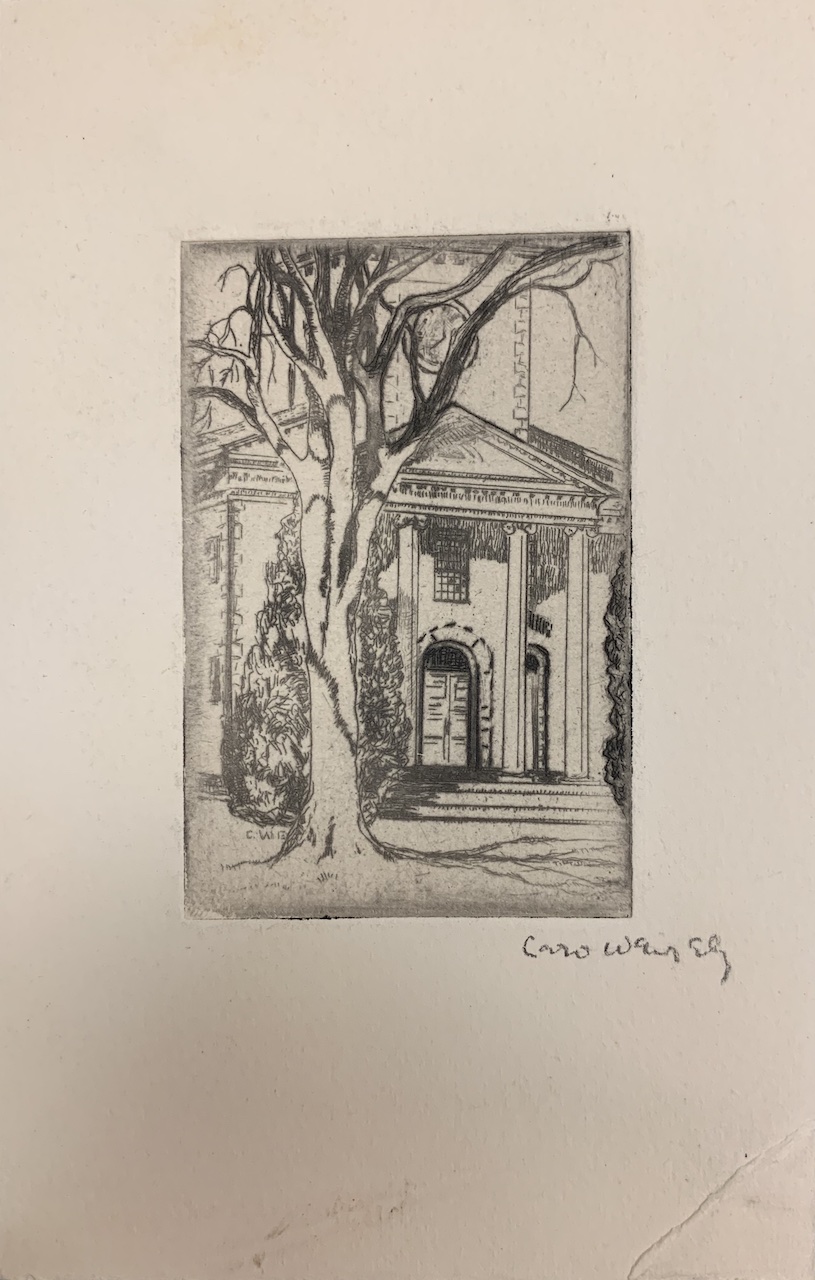 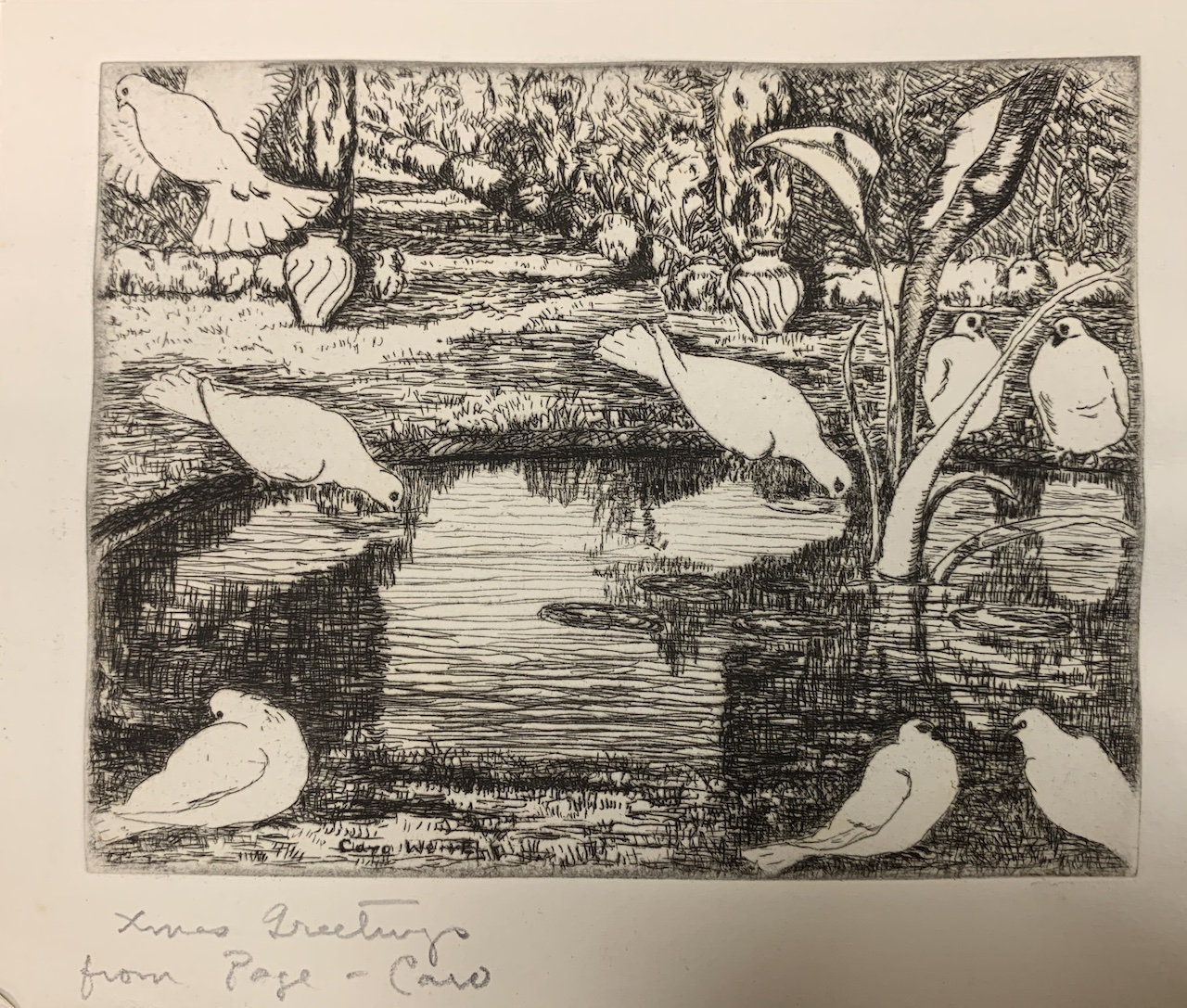 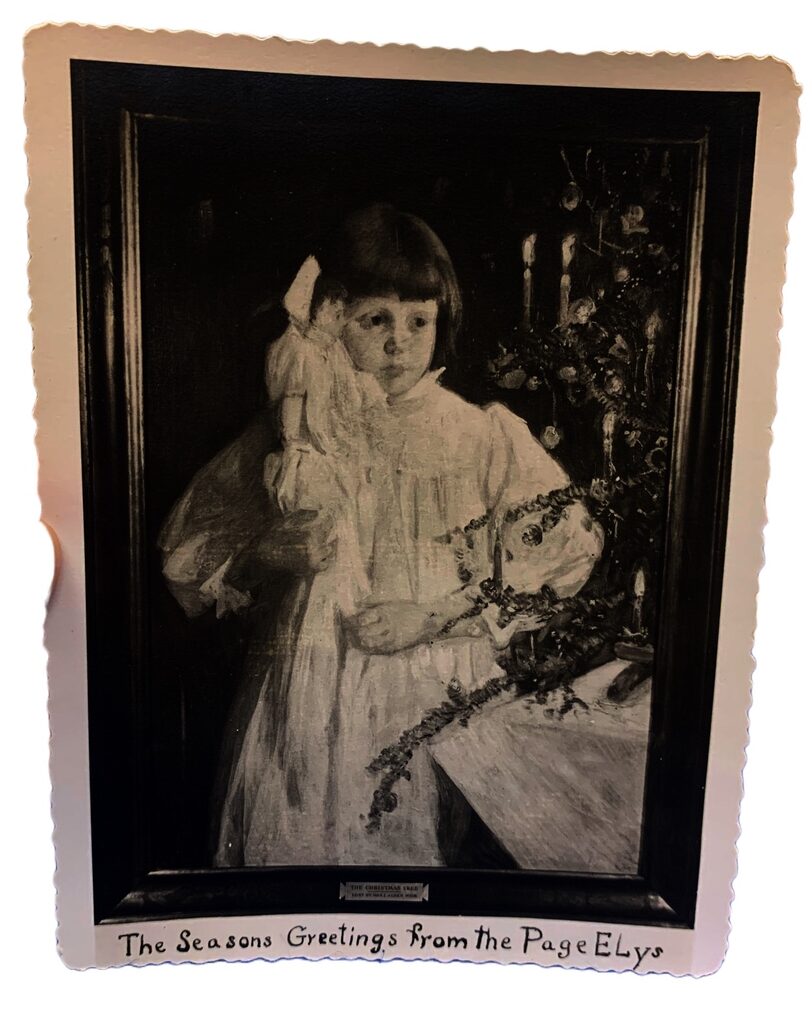 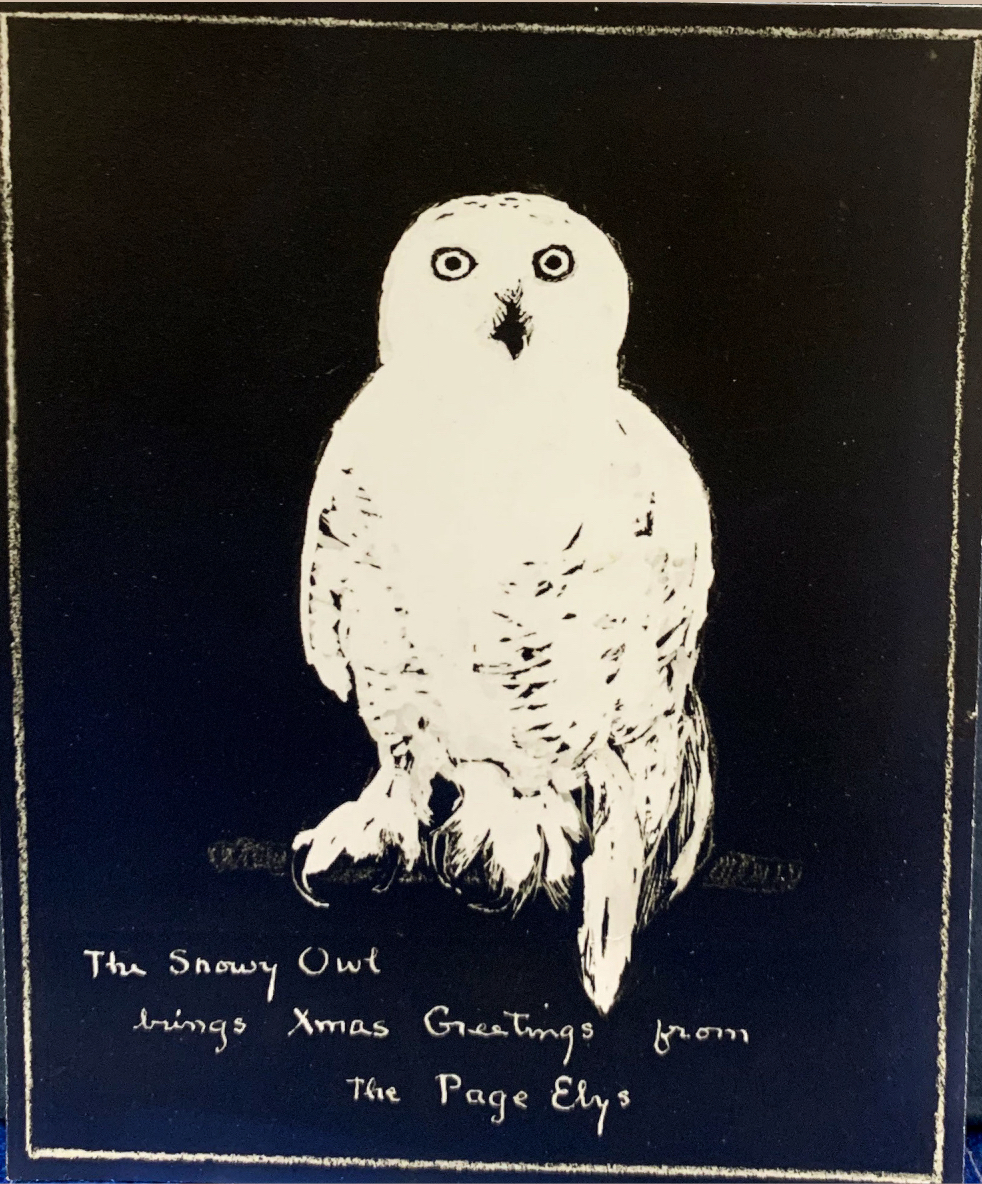 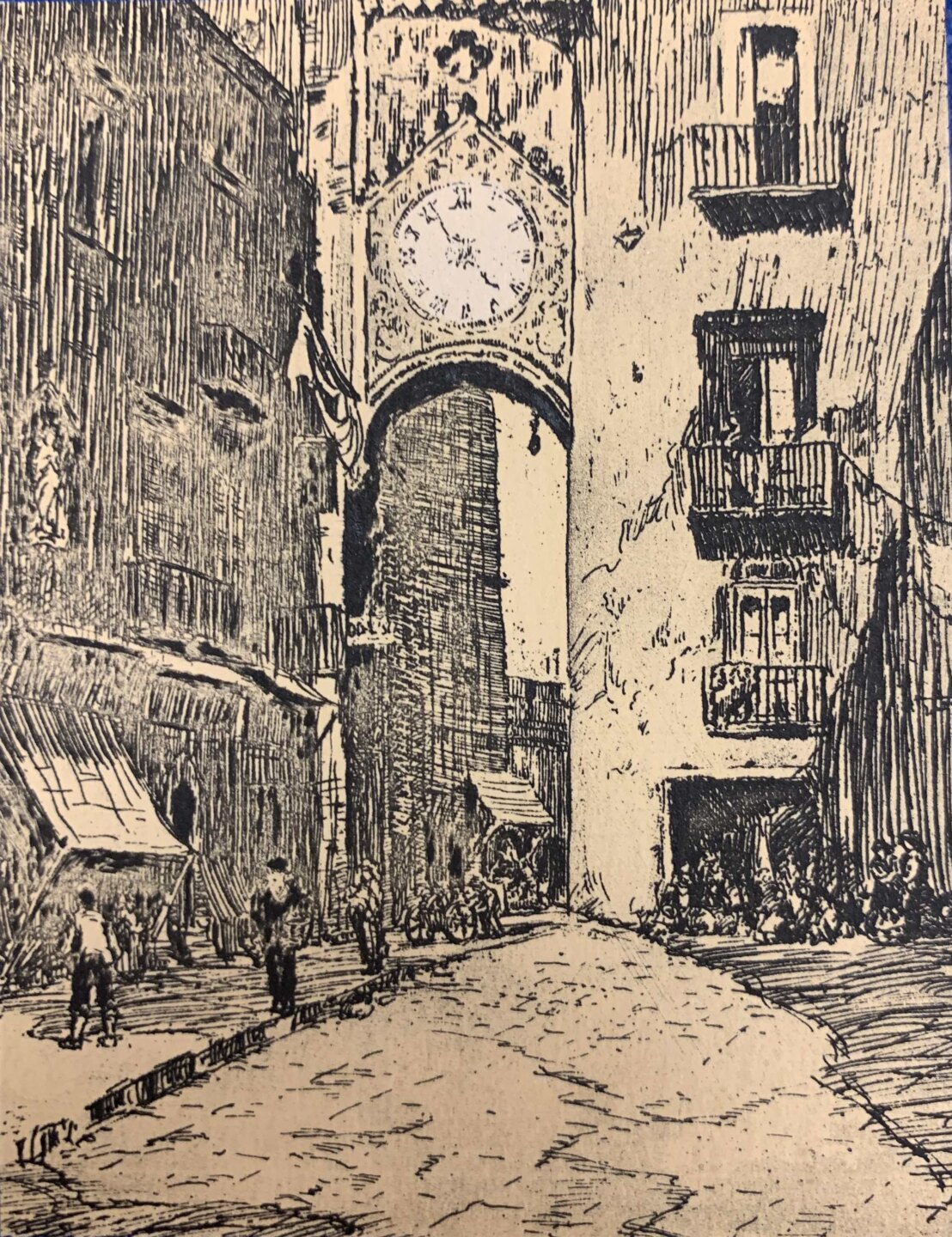 Untitled street scene, inscribed on the back, “Greetings to the Hoffmans from the Page Elys,” ink and watercolor 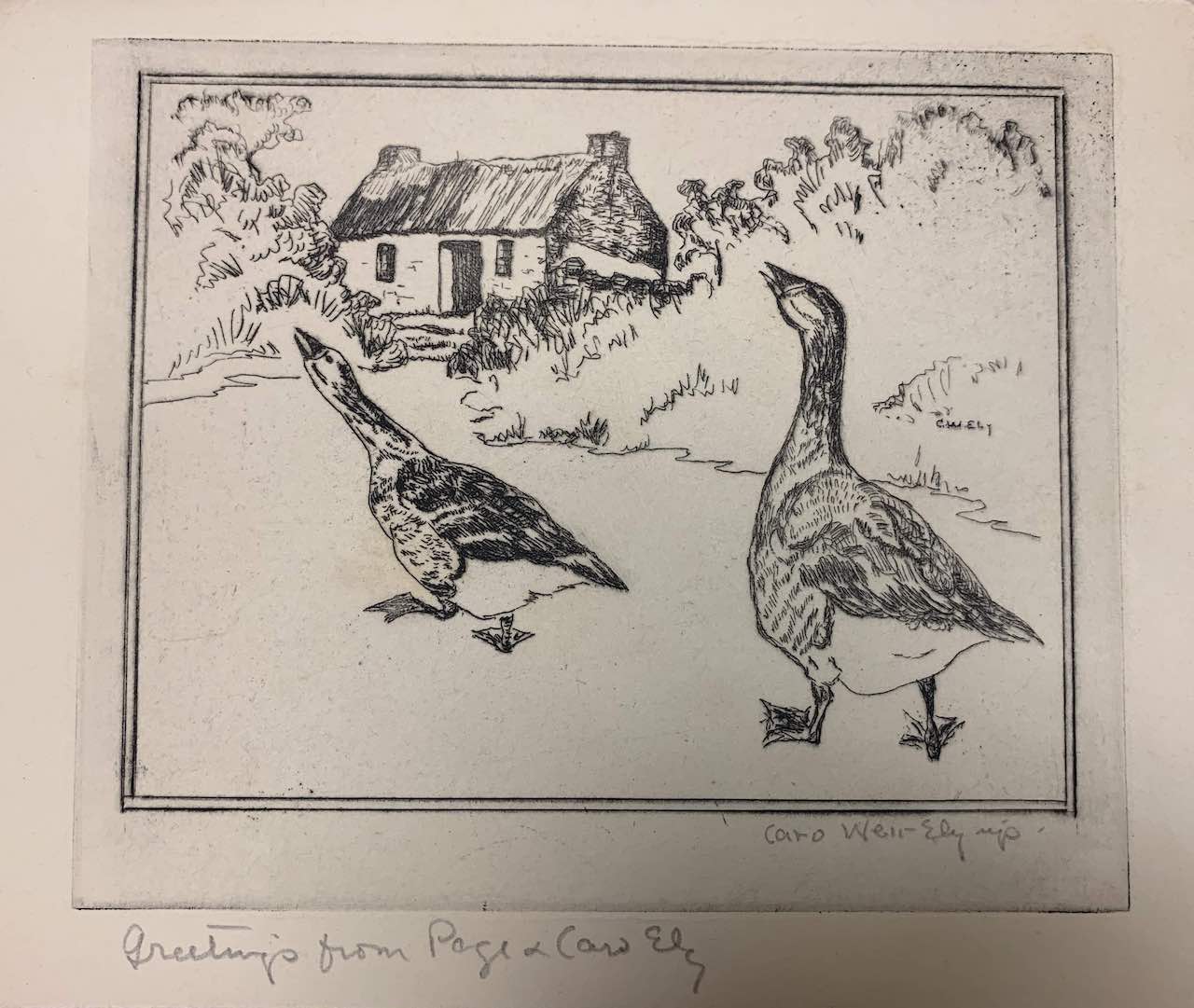 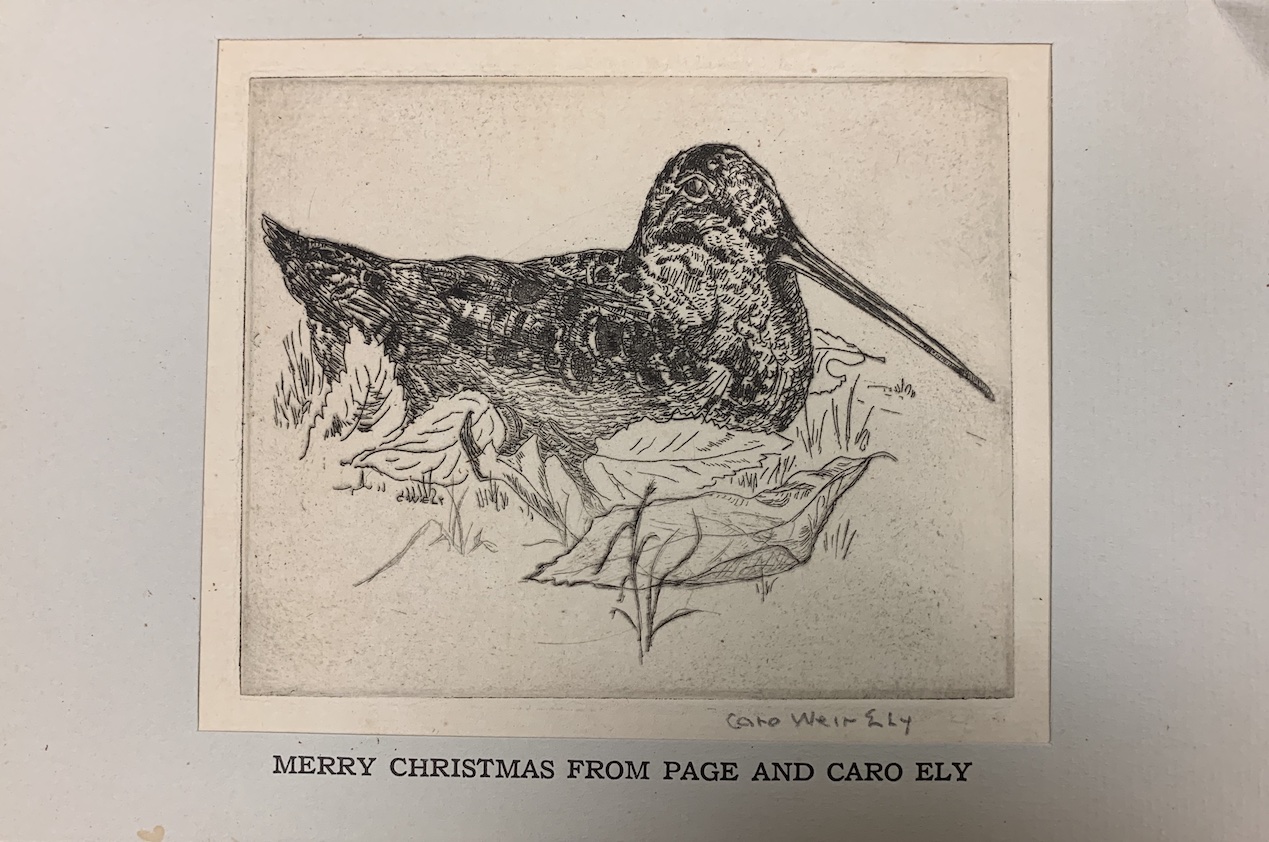 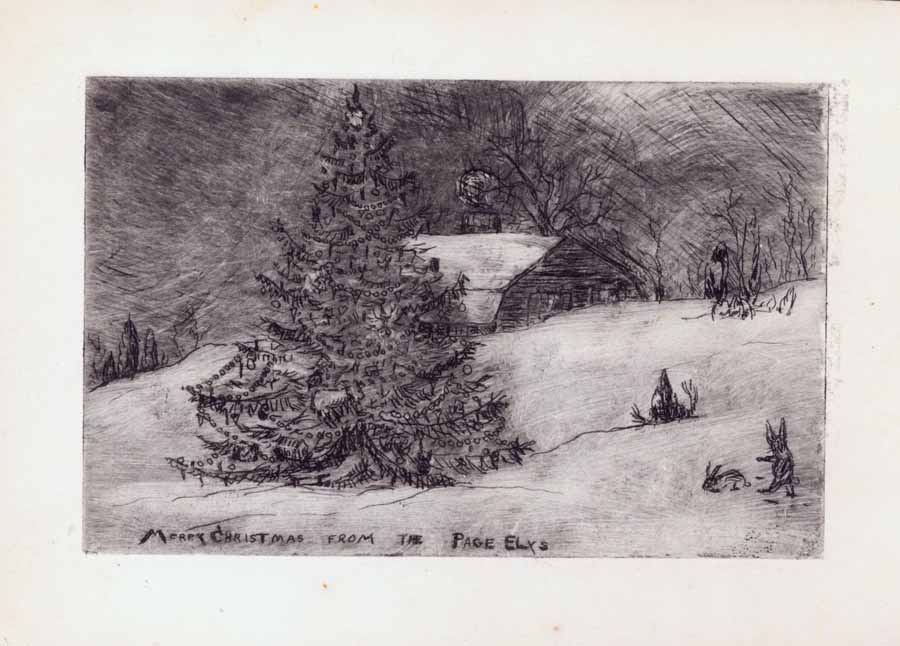 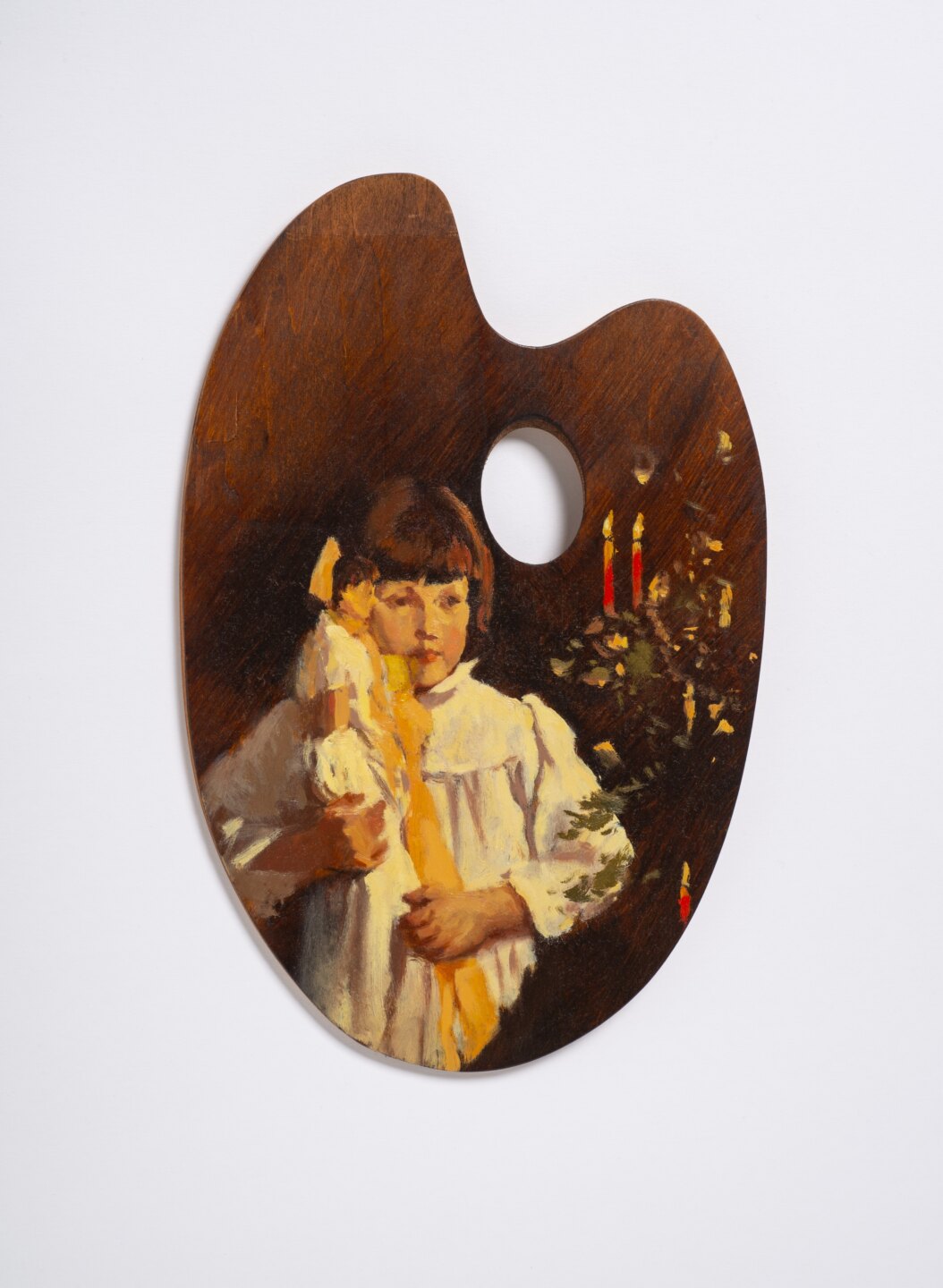