The grave marker’s inscription is still legible after nearly 250 years. Erratic spelling, irregular punctuation, and uneven letter size indicate an amateur carver. A large initial “A” followed by a period appears at the top, and a comma marks the end of each subsequent line. A. DAUGHTER, of MR. RUBEN, & MRS. MARTHER, CHADWICK, WHO DIED JANUARY, 9 AD 1769, AGE 2 DAYS. 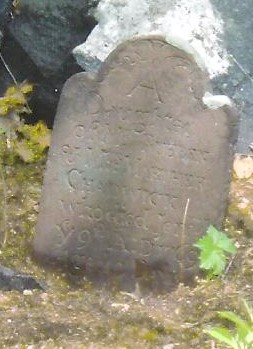 Even though the gravestone provides only an initial, it is likely that Reuben and Martha named their first baby Abigail, based upon common naming traditions at that time. They would later use the same name for two subsequent daughters. Abigail (2), born on May 1, 1777, lived less than 5 years, and the next daughter born to Reuben and Martha was also named Abigail (3). An online family genealogy lists their eleven children as: Abigail (1), Russell, Joseph, Catherine, Abigail (2), Reuben, Thomas, Abigail (3), Betsey, Martha, and Nancy.

The modest gravestone commemorating the Chadwick infant stands in a small area enclosed on four sides by low stone walls on land near today’s Shore Road. Seven fieldstones scattered in the immediate area suggest that others, their names and dates unknown, were buried nearby. Abigail’s parents would much later be buried in the Duck River cemetery not far from Lyme’s first church where Reuben Chadwick served as a deacon. 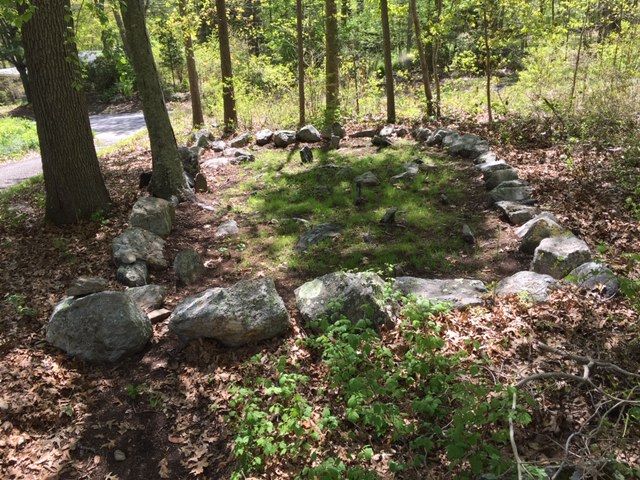 Little has been found about the lives of Reuben and Martha, but entries in the census records between 1790 and 1820 indicate that they resided in the Four Mile River area where farming and, briefly, boat building were the common occupations. Abigail’s father never achieved the wealth and fame of his ship captain relatives, like Captain Daniel Chadwick who for nearly 30 years commanded sleek clipper ships carrying mail, passengers, and cargo from New York to London. But the brief life of the Chadwick baby offers a footnote to the history of an important local family. 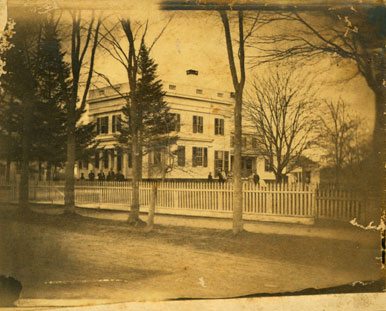 Today a parcel of woodland owned by the Old Lyme Land Trust commemorates Abigail Chadwick. The 25-acre Goberis-Chadwick Preserve, deeded to the Trust in 1998 and named in memory of both the property’s donor Theodora Goberis and the Chadwick infant, surrounds the early South Lyme burial site on three sides. Trust volunteers maintain the property and preserve the modest gravestone. 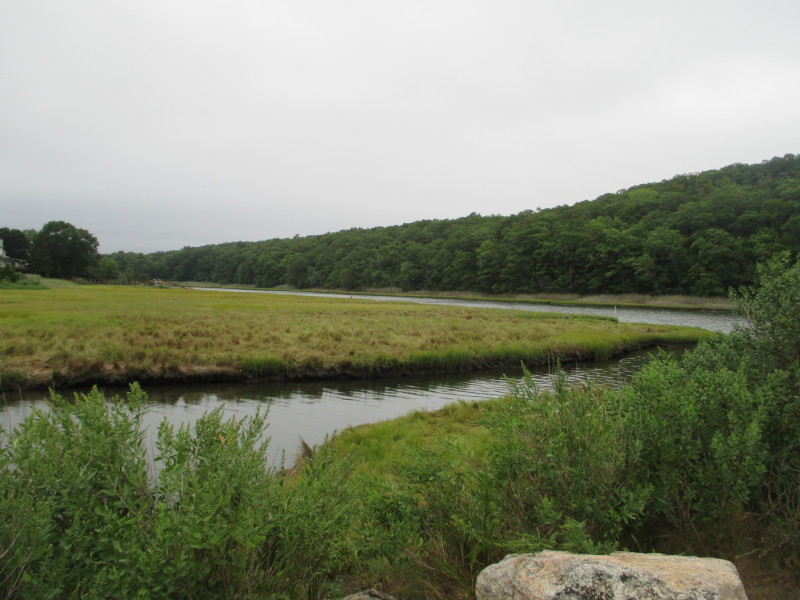