by Patty Devoe and Carolyn Wakeman

In 1926 as motor cars gained popularity and tourism increased along the Connecticut shoreline, the Wishing Well Tea Room opened in a small gabled house surrounded by hedges at the junction of Ferry Road and Neck Road. Part of the substantial estate that Bertha Chadwick (Trowbridge) inherited after the death of her mother Ellen Noyes Chadwick in 1900, the picturesque “cottage” along the shore road connecting New York and Boston had originally been built with a salt box roof ca. 1815 by Samuel Miner, said to be a shoemaker. A century later when the circle of artists eager to summer in Old Lyme expanded, Mrs. Trowbridge’s renovated cottage near the Lieutenant River bridge became a sought-after rental property. 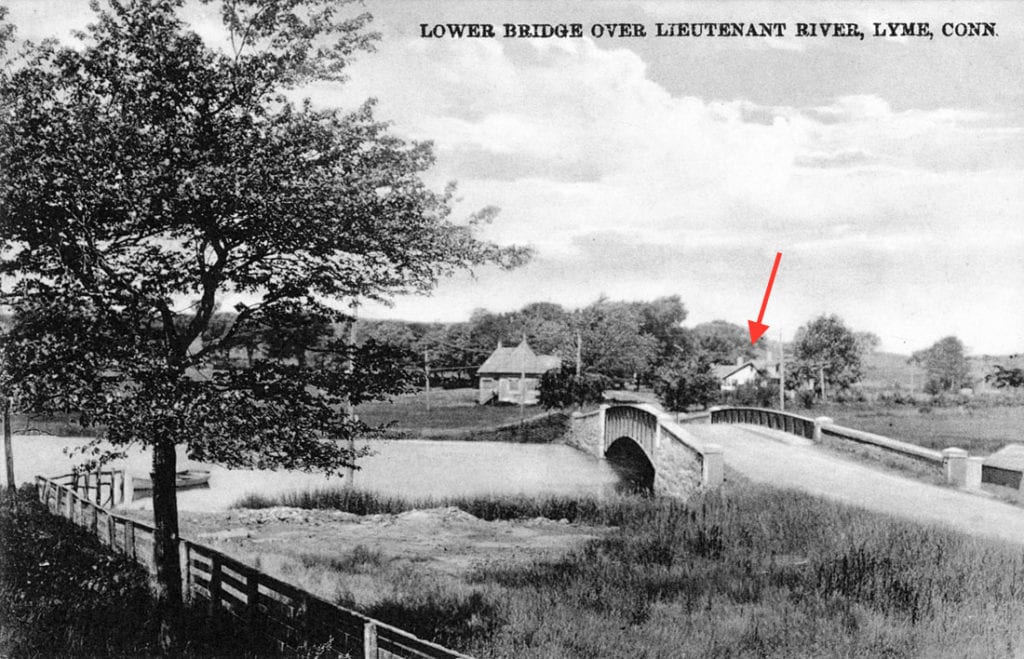 Woodrow Wilson, president of Princeton University, wrote to Bertha C. Trowbridge in 1905 asking to rent her “very attractive cottage by the bridge” for the following summer when his wife Ellen Axson Wilson would again join the art colony gathered at Florence Griswold’s boarding house. Artist Platt Hubbard, whose work is included in the Florence Griswold Museum’s fall 2018 exhibition Paper Trail: American Prints, Drawings, and Watercolors, rented the cottage between 1916 and 1921 with his friend Walter Magee. His parents also rented Garden Roads Cottage before buying a home in town, and in July 1917 Mrs. Susan Hubbard wrote to Walter Magee, then living at Garden Roads: “Platt says the cottage never looked so pretty.” 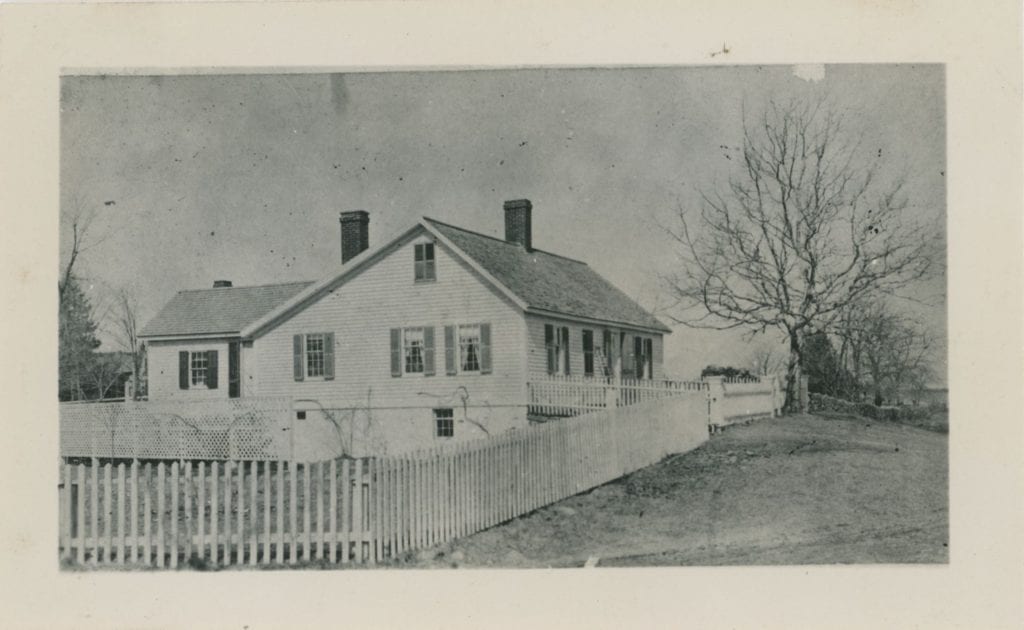 When the Wishing Well opened in 1926 in Mrs. Trowbridge’s cottage, the “tea room phenomenon” that encouraged women’s entrepreneurship during the years of Prohibition had already reached Old Lyme. A tea shop offering ice cream served the beach community at Sound View, and the Well Sweep Tea Room near the Four Mile River provided tea and also sold antiques.  The Boston Cookery School Magazine mentioned the Wishing Well in 1926 when it noted, “Whenever one motors in Connecticut along the Boston Post Road…a tea room is sure to bob up and beckons invitingly.” The Wishing Well received additional mention in This That and The Other Thing by Reginald T. Townsend (1926) and in The Connecticut Guide: What to See and Where to Find It, published by the Connecticut Emergency Relief Commission in 1935.

Local newspaper advertisements offered details. The Hartford Courant noted in 1936 that “Miss Madeline Halleck is to open the ‘Wishing Well’ in Old Lyme tomorrow, June 15, serving luncheons and afternoon tea that will delight the hundreds of guests.” The tea room would open daily until 8:00 with chicken and lobster as featured dishes. Two years later when Hartford interior decorator Henrietta Greenleaf announced the opening of the Wishing Well in 1938, tea was served daily from 3-6, with luncheon and supper provided by appointment. According to The New London Day, Mrs. Greenleaf launched the Bee and Thistle Inn on Old Lyme’s main street that same year. The Wishing Well Tea Room did not re-open in 1939.

Bertha Chadwick Trowbridge died a year later at age 74. After the death in 1930 of her husband Elford P. Trowbridge, a prominent New Haven brick manufacturer, she had mortgaged the property she called Garden Roads and in 1933 signed a promissory note for $93,000. A year after her death, the 40-acre estate, including her fashionably landscaped Gothic Revival home and her gabled cottage, sold in 1941 for $15,000 to James A. Gould, later Old Lyme’s first selectman. The contents of the elegant home at Garden Roads sold at auction. 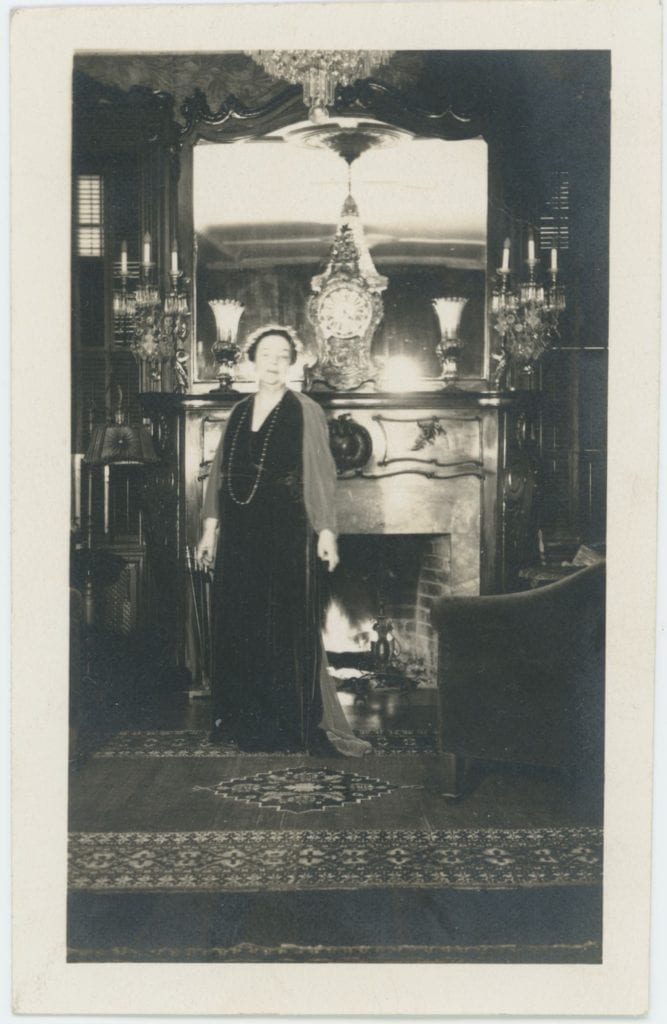 Bertha Chadwick Trowbridge in her parlor at Garden Roads. LHSA at the Florence Griswold Museum

For additional information see Lyme Artists and the Changing Landscape at Ferry Point.