In weekly letters to her daughters at school, Sarah Ann McCurdy Lord (1807–1884) wrote about family matters, social affairs in Lyme, the weather, and the bags of laundry they sent home from Hartford. The heavy snows in January 1856 had not been seen, she said, since the harsh winter of 1780 when their grandfather Richard McCurdy (1769–1857) was eleven. 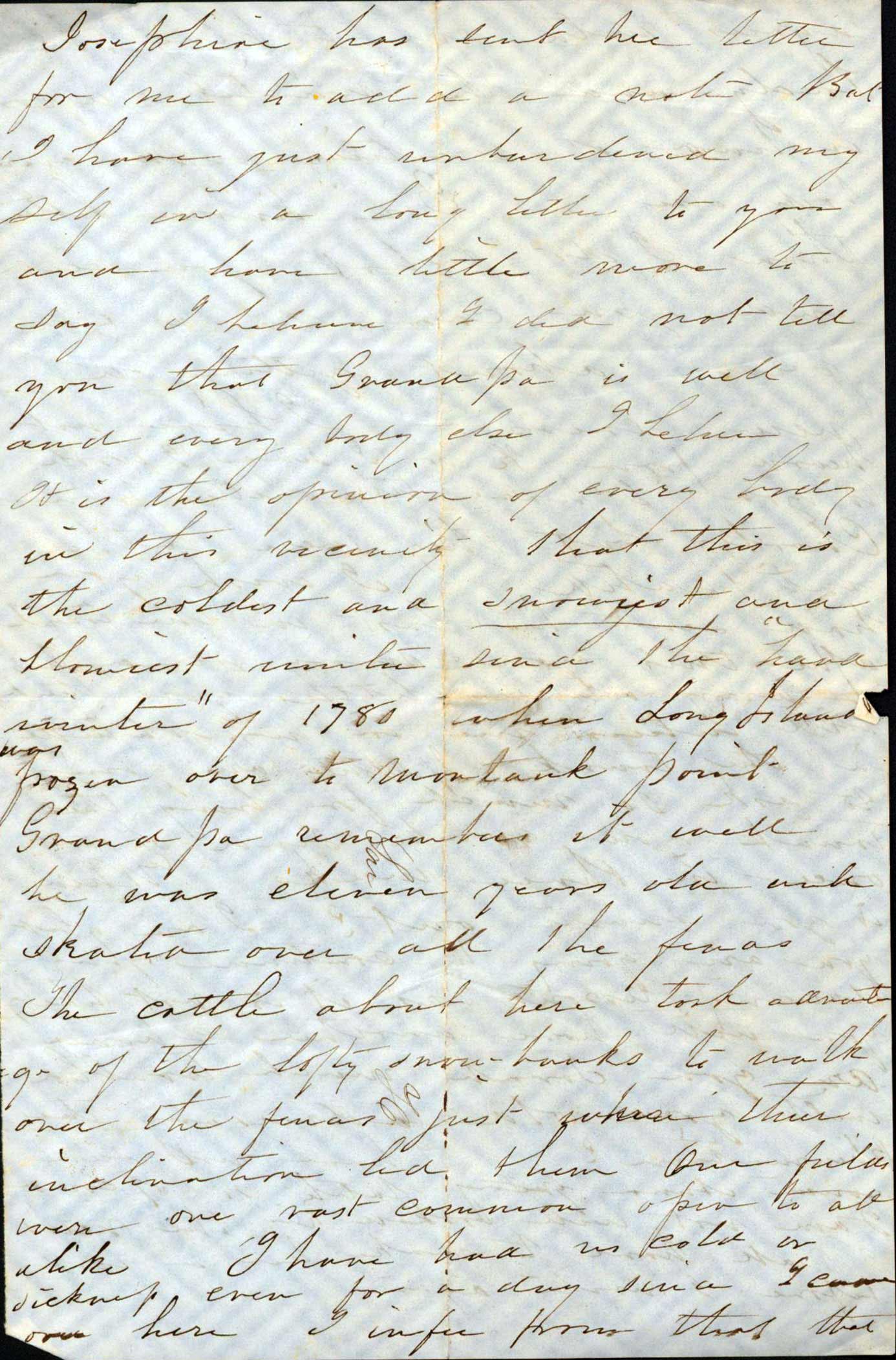 “It is the opinion of every body in this vicinity,” she wrote, “that this is the coldest and snowiest and blowiest winter since the ‘hard winter’ of 1780 when Long Island was frozen over to Montauk Point. Grandpa remembers it well he was eleven years old and skated over all the fences. The cattle about here took advantage of the lofty snow banks to walk over the fences just when there inclination bid them. Our fields were one vast common open to all alike.” 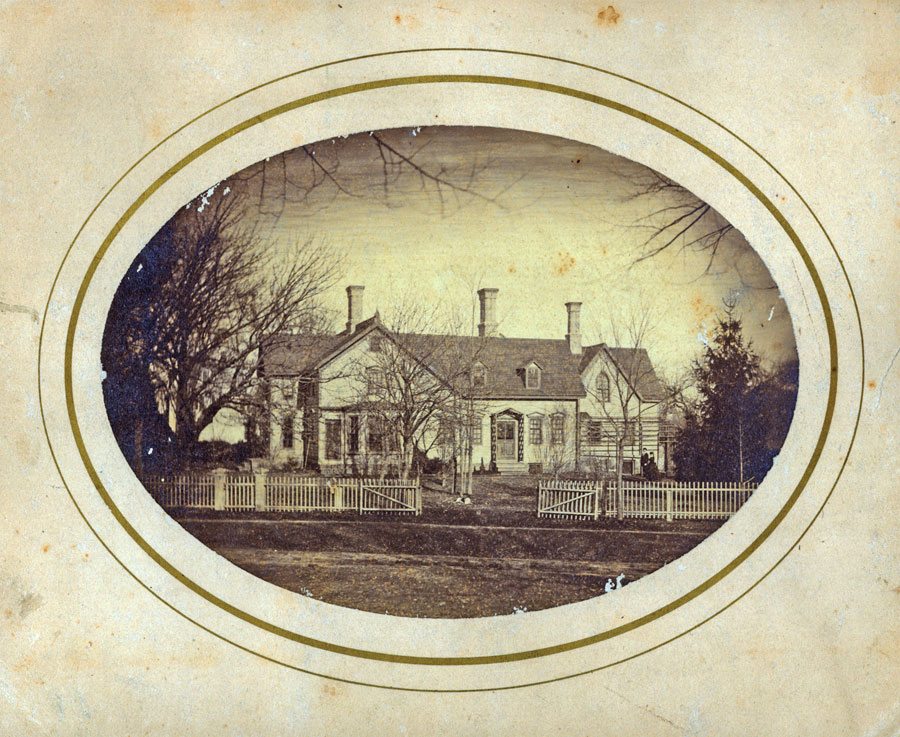