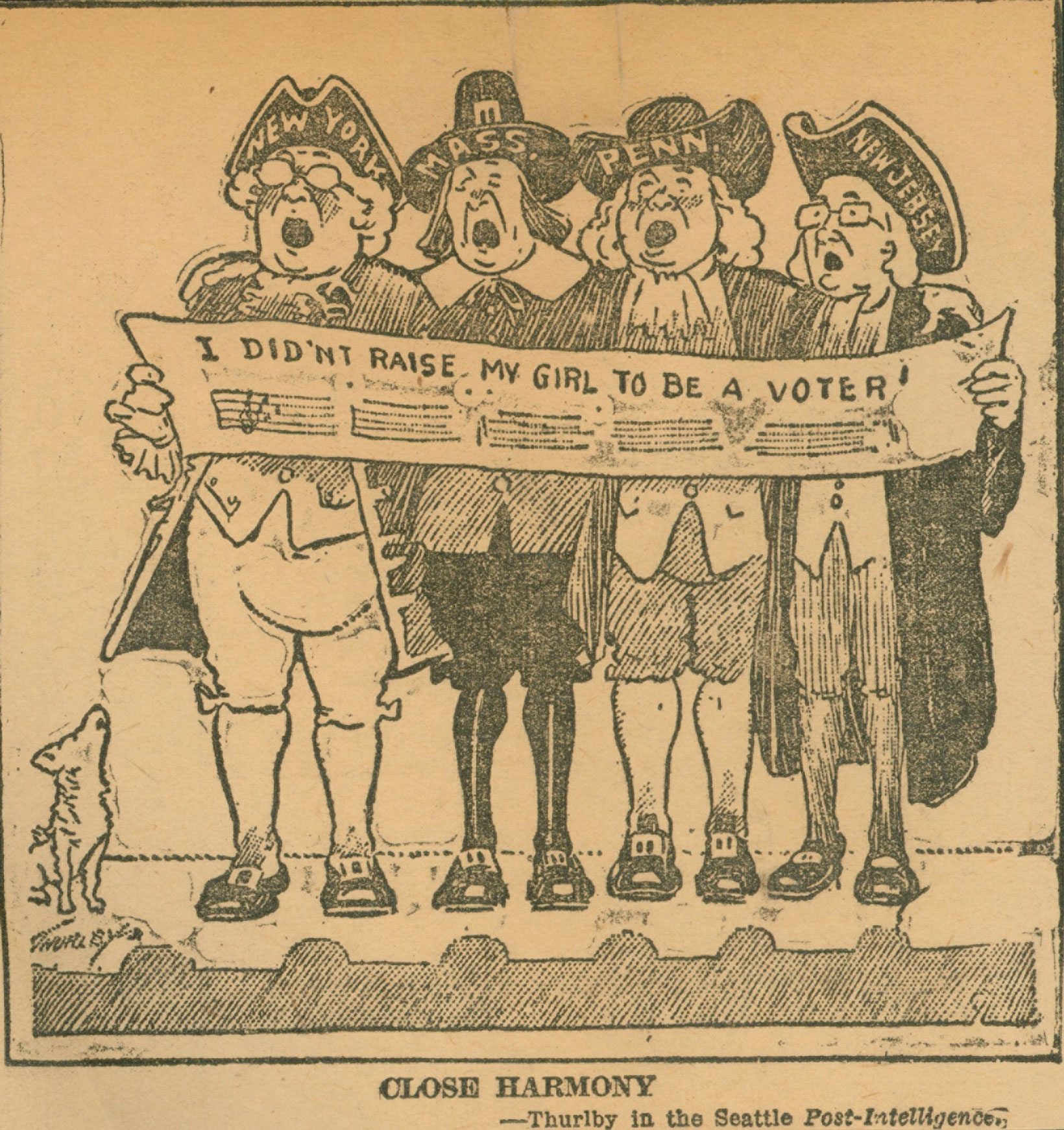 A century ago at its annual meeting in Hartford, the Connecticut Association Opposed to Woman Suffrage had branches in 161 towns. The national debate over an amendment to the federal Constitution allowing women to vote had grown heated in 1915, and the Connecticut Association declared its intention “to leave nothing undone that might help the downfall of the suffrage party.” Its Old Lyme branch counted 125 members that year, including Florence Griswold (1850–1937), who four years later served on the local Executive Committee.[1] 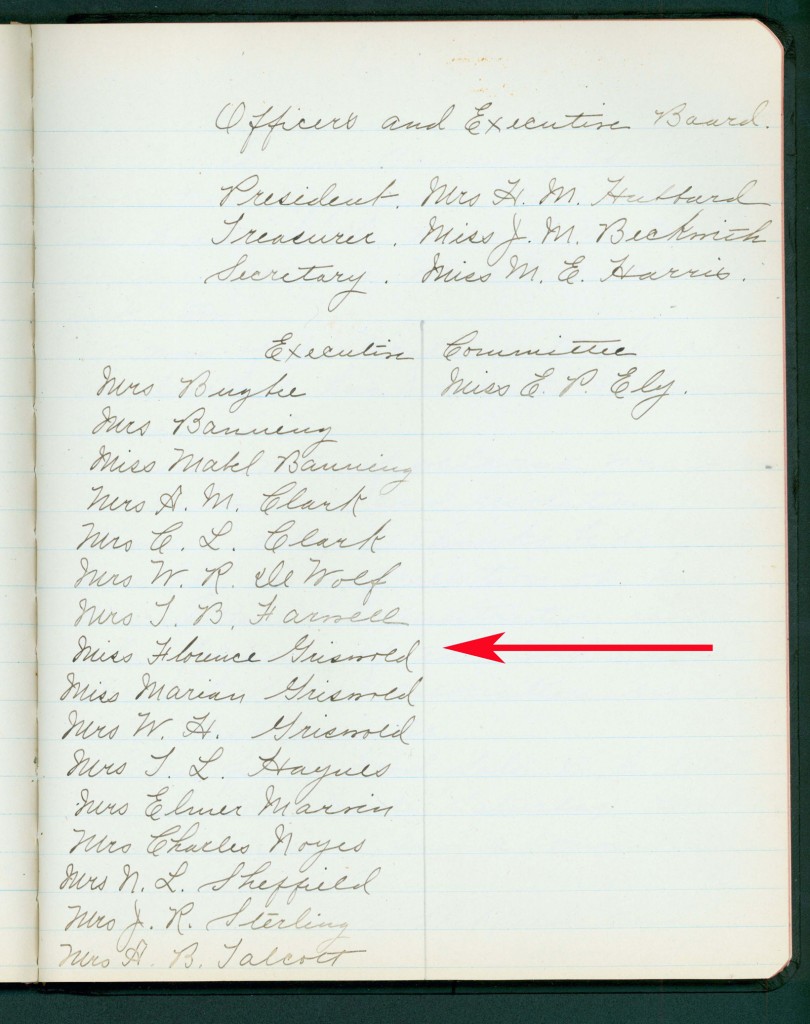 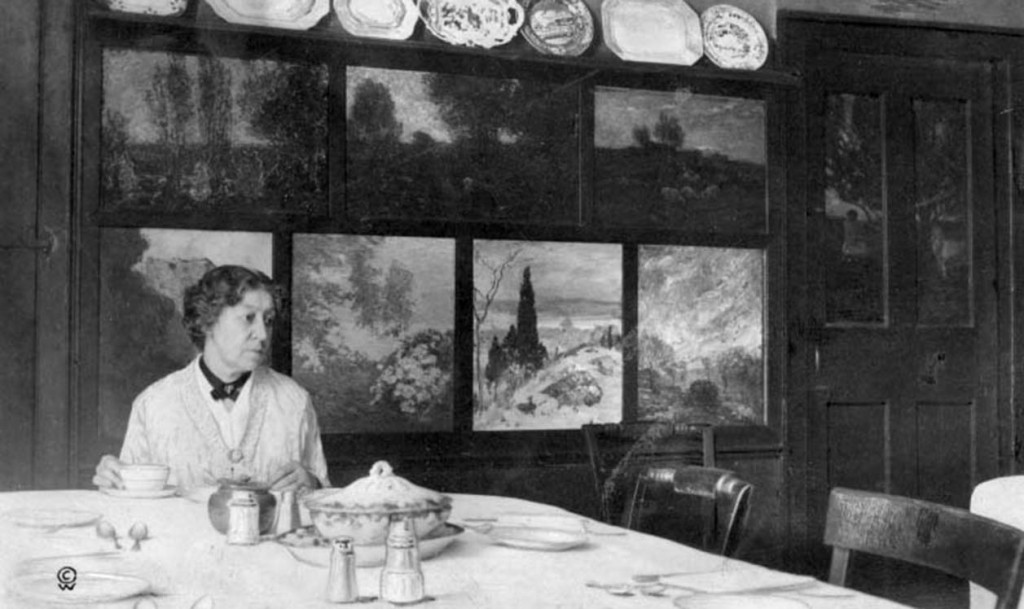 In August 1913 the general public was invited to an afternoon meeting at the Town Hall to hear Alice Hill Chittendon (1869–1945) from the New York Association explain “some of the undesirable results of equal suffrage already discovered” in California and, in addition, expose “some of the suffragist fallacies in regard to the desirability of the vote for self-supporting women.” The audience filled the Town Hall and adjourned to the Grange Hall for light refreshments.[2] 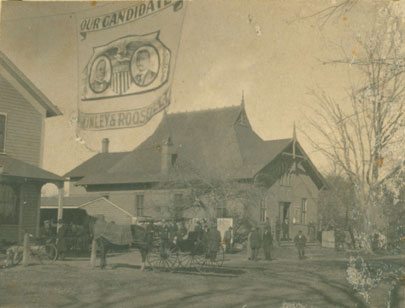 At regularly scheduled meetings in local homes, members presented their reasons for opposing equal-suffrage and read “items of interest from papers and magazines telling of conditions in equal-suffrage states.” Mrs. Allen Talcott, a representative to the state association’s executive board and the wife of a founding Lyme art colony painter, hosted a garden party in July 1916 to expand membership. The event was planned as “a real get-together” with tea and cake served. Mrs. Edward Rook and Mrs. Lucien Abrams, wives of other prominent Lyme artists, also joined the anti-suffrage group.[2]

Yellowed newspaper clippings pasted into its record book highlight the failure of pro-suffrage votes, while an anti-suffrage pamphlet printed in 1915 explains why “Woman Suffrage Should Be Defeated. “Not only would the responsibility of voting increase women’s burdens, but “men and women were created and designed by nature to work in different spheres for the common good.” The political woman, according to the pamphlet, “has proved herself a menace to society, to the home and to the State.” 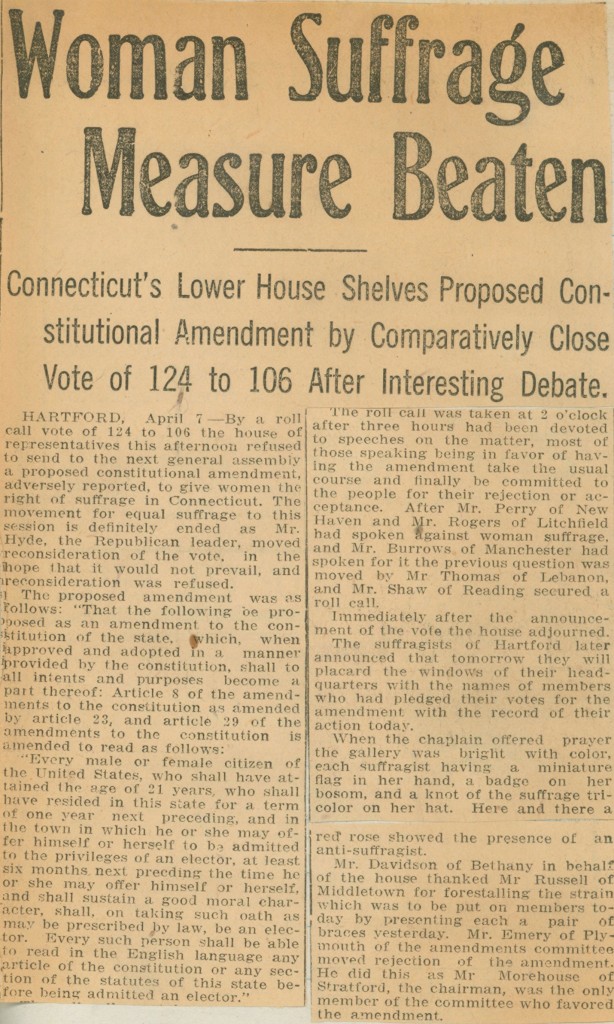 Meanwhile Katharine Ludington (1869–1953), an accomplished portrait painter who exhibited with the Lyme art colony and whose father donated the town’s handsome public library, began promoting local support for equal voting rights in 1914. At two meetings that summer visiting speakers explained why women should vote, and Miss Ludington also held a “Suffrage Study class” in her home. At the Old Lyme Inn nearby on Ferry Road, she created a library of “elevating and instructive literature” to illustrate women’s achievements and show “what an influence she may have in the professional and in the general uplift of the life and thought of today.”[3] 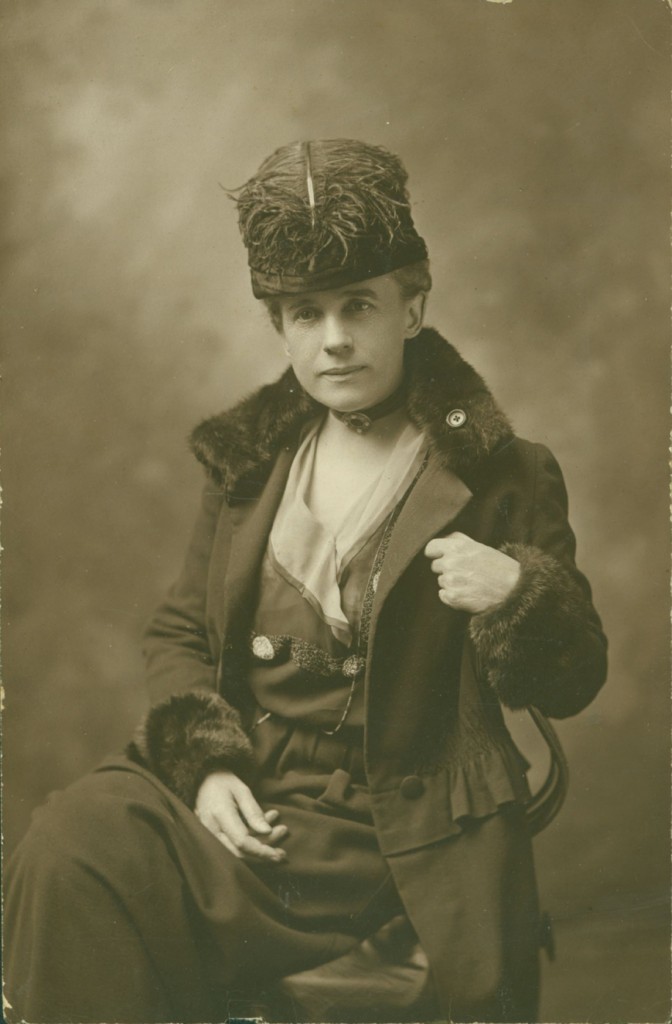 Old Lyme’s Equal Franchise League, organized in November 1914 at the home of Miss Ludington’s neighbor Sarah Griffin, began with 26 active and 28 associate members. The next month the local newspaper reported: “The suffragettes of Lyme have formed a league and elected officers and will start a vigorous campaign. There is also an anti-suffrage following. Which is in the majority is impossible to say.”[4] 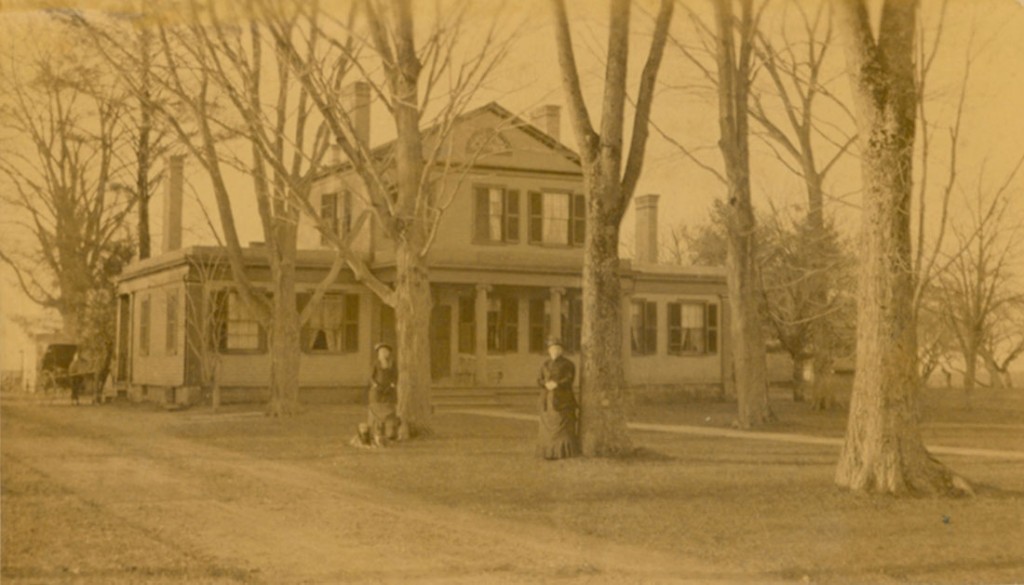 Miss Ludington scheduled the first convention of the New London County Equal Franchise Association, held at the Boxwood Inn where luncheon was served for fifty cents, to coincide with the opening of the art colony’s summer exhibition in August 1916. When The New London Day reported the planned speakers and schedule, it also noted that “the annual picture exhibition opened in the Old Lyme library that day will be an added attraction.”[5] 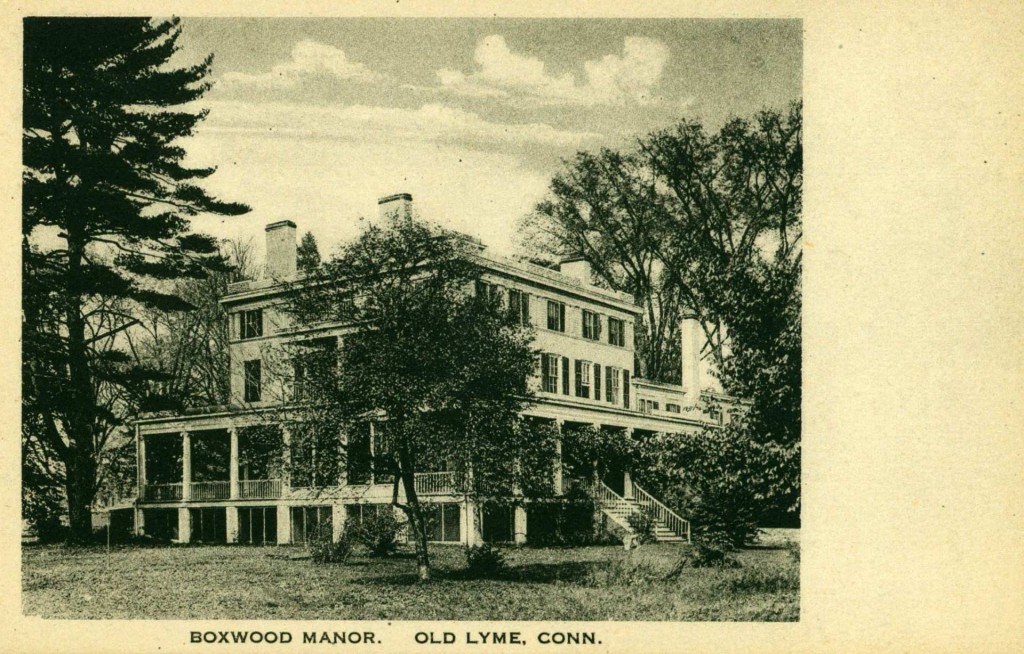 The suffrage debate paused after President Woodrow Wilson, who had spent several summers in Old Lyme where his wife studied with art colony painters, asked Congress to declare war on Germany in April 1917. Members of the local anti-suffrage and suffrage organizations joined together to support Red Cross projects and other “war work.” But as a crucial legislative vote on the 19th amendment neared in 1919, dueling Old Lyme leaders bluntly attacked each other’s arguments. Mrs. Hermon Hubbard, mother of artist Platt Hubbard (1889–1946) and the anti-suffrage group’s second chairman, voiced vigorous opposition to women voting.

In a Letter to the Editor in January, Mrs. Hubbard sharply criticized The New London Day for supporting the suffrage movement. “The policy of this newspaper is so soundly conservative that it is difficult for me to understand its position on woman’s suffrage, the most radical and socialistic movement of the day, and one that strikes more surely at the foundations of democracy and a representative government than any other of the so-called new movements,” she wrote. Declaring that the majority of women overwhelmingly opposed suffrage, she insisted that “the present Susan B. Anthony amendment is an attempt to rule the majority by the minority” and accused the newspaper of conceding to “its connections.”[6] 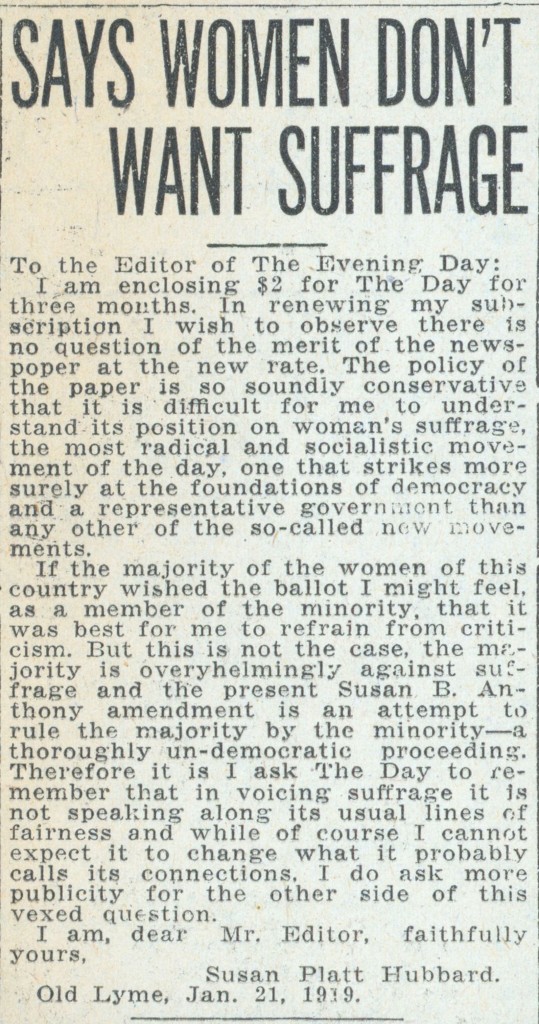 In April Mrs. Clark Voorhees, treasurer of the Equal Suffrage League and also the wife of a founding Lyme art colony painter, submitted a reply to The Day that Mrs. Hubbard denounced as “flippant.” “The town of Old Lyme has again waked up to the subject of equal suffrage,” Mrs. Voorhees wrote. “Now we are suddenly confronted with a serious problem, namely that the majority of women don’t want the vote, and that if they have it forced upon them the whole country will be in danger of Socialism, Bolshevism and anarchy.” But meanwhile, she noted, in this peaceful town only a minority have a great desire to go to church and yet the churches are kept open.[7]

In a follow-up letter on Mother’s Day in May 1919, Mrs. Hubbard argued that suffragists “either are not mothers, or if they are, should be at home looking after their children and their households, not running the streets.” When Connecticut’s senators Brandegee and McLean prevailed in their opposition to the 19th amendment in November, assuring that it again failed to pass in the state legislature, Mrs. Hubbard sent a congratulatory telegram. “I wish to express our appreciation of and to thank you for your vote and your efforts against Woman Suffrage which the majority of the women of the State do not want. We are proud of you –“[8]

That moment of victory did not last.

Miss Ludington, who by then had served for two years as president of the Connecticut Woman Suffrage Association, commuted regularly to Hartford with her Old Lyme assistant Helen Clark. An eloquent speaker, she traveled widely and had delivered an address in Washington to the National Woman Suffrage Association in 1917 titled “What My State Will Do for the Federal Amendment.”[9]

In 1919 she led the unsuccessful fight against Senator Brandegee, but after 35 states had voted to ratify the 19th amendment, national attention focused on Connecticut. 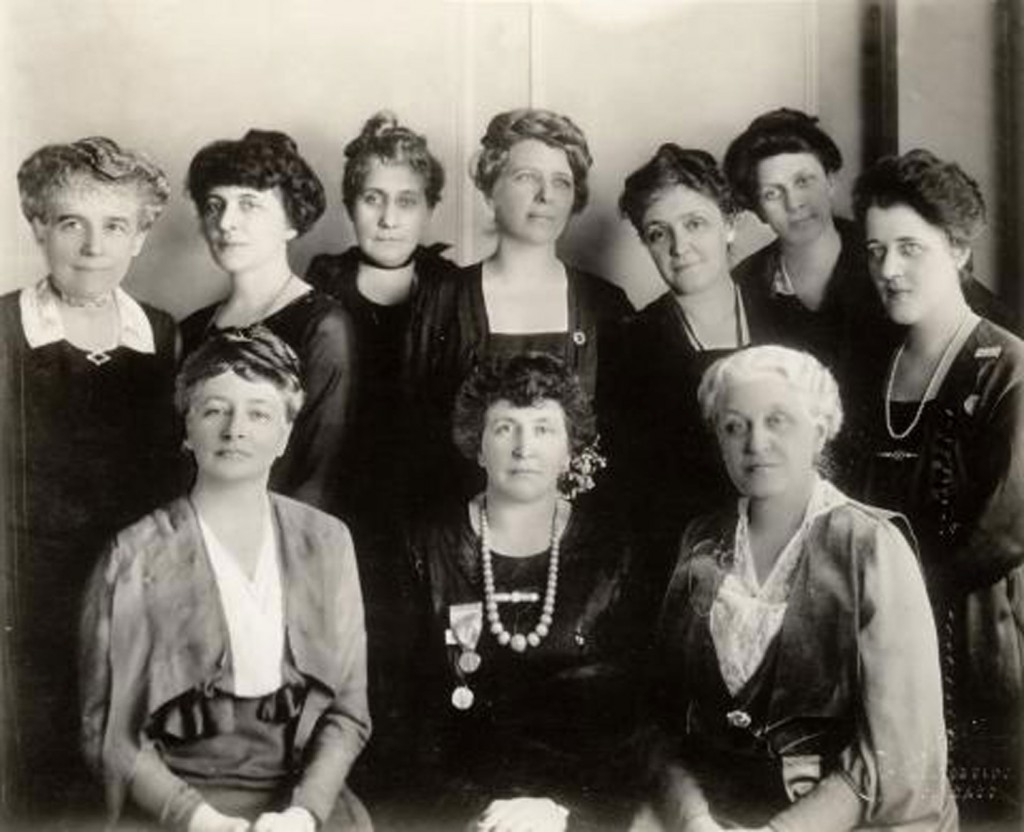 As the presidential election neared in 1920, Miss Ludington issued an urgent manifesto declaring that Connecticut was obstructing the nation’s business. “One of the most important presidential elections in years is to be held,” she wrote, and “women are just as vitally affected by it and as deeply interested in it as men. Although 35 out of the necessary 36 States have ratified, no women can vote in this election under the Federal Amendment until the 36th State has ratified.” The Boston Globe ran a story in August, “Connecticut Women Fighting Mad,” with an accompanying photograph of Katharine Ludington.[10]

Finally in September 1920 the Connecticut legislature ratified the 19th amendment, the 37th state to do so, and when Warren G. Harding succeeded President Woodrow Wilson in November, women for the first time participated in the vote. The battle over women’s suffrage that divided families, neighbors, and art colony wives in Old Lyme for eight years had at last been resolved.